i have a 94 gt mustang automatic and i was wondering what gears would be best for it?
E

If you don't made lot of mileage and if you go each week at the drag choose the 4.10, but if your Mustang is a daily driver the 3.73 is a better choice, also you can choose a 3.90.

What gear do you have now ?

If you look the certification Label under the letters "AX" if you have a :

Why are you guys suggesting 3.73's for a DD? Just curious, cause i'm considering the mod myself for my 97 auto gt, which is also my DD.
J

Not as much shifting just going around town, and lower rpms on the freeway at any given speed in 5th gear compaired to 4.10s.
R

I'm around there with my stock gears man, that doesn't make sense at all. Unless you have a really tall wheel/tire combo (like 30" diameter! lol), something else has got to be causing your rpm's to be so low.......or your memory isn't serving you correctly. I know they're not 100% accurate, but there are a number of online engine speed calculators (you entire your wheel/tire diameter, differential gear ratio, transmission gear ratio, and speed, and it tells you what RPM your engine should be at. With a stock diameter wheel (25.7") you should be running at about 2,6xxrpm's at 70MPH. :dunno:
EDIT: Just realized you said FIFTH gear. lol Guess the above info still applies to anyone who's running an AUTO though. 4th gear ratio is .70:1 if anyone wanted to google "engine speed calculator" and try it for themselves.
S 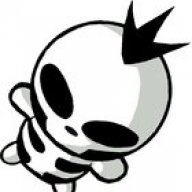