I have a newly broken in balanced/ blueprinted 306 with all forged internals. I built it mainly for street action as it is my daily driver. I made sure it would put up with any power adder I decided to use later on. Well on a budget a s/c or turbo is out of the question for a yr or 2 at least. but I'll be going to the track almost every weekend and want some giggle gas to help the et's. I'll star toff small 75/100 jets. but with my short block how far can I go>>
9

Cool, I"m in the same boat as you.

Have you decided what to push yet?
S

Sounds sweet, just remember to keep it resonable and get a good tune on it.

Dont want to split your block down the middle with a huge shot of naws :hammer:

from what I have read the tune on the kit is as important if not more than the size of the jets :-\

YA - liquid oxygen can blow shit up!
S

your right, liquid oxygen can blow up shit, but what does that have to do with Nitrous?

lol got ya again :hammer:

We were talking about nitrous??
S

Its two parts nitrogen and one part oxygen

Red vs. Blue quote: "you could bitch about anything.." :hammer:

Nitrous Oxide - means Nitrogen and Oxygen....
The extra oxygen you're injecting, mixed with the extra fuel = extra bang = more power.
Nitrogen isn't flameable - you little caffer. you should know that from welding.

The way it was explained to me was: the nitrogen is added to make it stable, straight oxygen would be too flameable/explosive.
anyone heard the same?

Here's some definitions I just got from a web search:

Nitrous oxide is composed of two parts nitrogen and one part oxygen. When the compression stroke heats the nitrous to 572 degrees F, it breaks down and releases extra oxygen. The release of this oxygen allows the engine to intake and burn a much larger amount of fuel. When this extra fuel is burned, it in turn creates higher cylinder pressures which then make the extra power that one experiences

In addition to increased cylinder pressure, the nitrous also provides a cooling effect that allows for an additional horsepower increase. As the pressurized nitrous is injected into the intake manifold it boils and changes from its liquid form to a gas. This boiling effect reduces the nitrous's temperature to minus 72 degrees and lowers the intake charge temperatures anywhere from 60-75 degrees.


HereÃ¢â‚¬â„¢s another:
Nitrous Oxide boosts engine performance in a number of ways, some of which are not fully understood. Its primary effect seems to be exerted through its ability to release oxygen at high temperatures. When Nitrous decomposes, a single mole will release 1/2 mole of oxygen, allowing an oxygen saturation of 33% to be reached. Air, which contains only 21% oxygen, permits a maximum saturation of only 21%. This oxygen combines with hydrocarbons such as gasoline, alcohol, and diesel fuel to produce carbon dioxide and water vapor, which expand and exert pressure on pistons. The greater the oxygen saturation, the higher the pressure and the greater the power released.
S

SO my statement stands, liquid oxygen can blow shit up, but what does that have to do with Nitrous?

LOL, liquid nitrogen isn't flameable, what are you talking about?


It's like M&M's part chocolate and part candy shell.
without the magical shell - they would melt in your hands!!
S

liquid nitrogen, where are you coming up with this

Oxide is the key word there buddy.

Keep going up on the shot until you blow it or split the block. Then, rebuild it and back the spray off one pill. :thumb:
OP
OP
S

I have a pretty agreesive tune and I'm gonna be running 125 shot. I'll be watching my temps like a hawk though. I'm not too worried about it though. I am kinda worried about my block splitting in 2 though. that would suck.but I do have my 351 underway so if it goes it goes.
J

To get this post back on track...the gas is not flammable...it just makes the fire burn BIGGER! lol Anyway, I ran a 125 dry shot on my stock block 302 for years..no problems. I had 30 pound injectors and a 255 intank pump. I also had 2 degree cooler plugs and dialed back the distributor a few degrees. On a side note, a tune is a smart move. That 125 shot took more then a full second off my quarter mile times.

Do you think I'll need different plugs for mine??
150 shot

any suggestions?
You must log in or register to reply here.

Not a question, just a shout out

Looking for shock recommendations for my '99 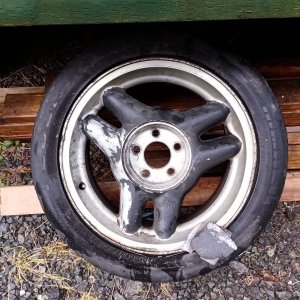 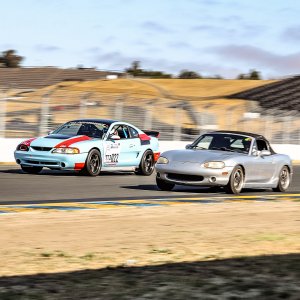 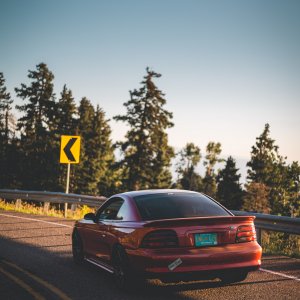 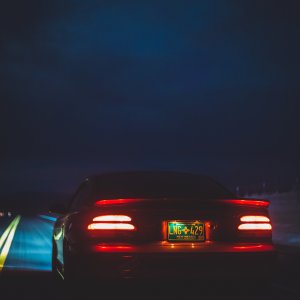