I recently was having some issues with my 1995 mustang.

It would not start after driving, and it seemed like the battery was dead or not much charge. After i let it sit a couple min it would start, but i noticed a little puff of smoke under the hood. So is tarted checking it out, and noticed the icm was smoking? So got me thinking a ground issue, sure enough the ground off the battery that is grounded on the engine, was cut in half, rubbed against one of the pulleys. So i fixed the ground issue. But now i am noticing a surging.. i pulled the spout just for the heck of it to check the timing, and it idles fine with the spout pulled?
Could this be a computer issue now? Or did the ground issue fry the icm? OR?

Any help is appreciated!


edit: also i might add this car has a vortech supercharger system as well.
J

If there was smoke coming from the ICM, she's probably junk now. That's one of the basic checks on those is to pop the cover off and look for burning. I'd put an ignition module in it and then go from there if the problem persists.
O

JKady said:
If there was smoke coming from the ICM, she's probably junk now. That's one of the basic checks on those is to pop the cover off and look for burning. I'd put an ignition module in it and then go from there if the problem persists.
Click to expand...

I was checking things out yesterday, and the icm doesn't have any spots where you can see it got burnt, and didn't seem to get warm and not start. But maybe it is bad.

But this is really strange....... I loosened the hold down on the dizzy and messed with timing a little and when i retard timing it will idle correct, put the spout back in and with spout installed it will idle fine if i turn the timing down to 0 with spout in.
I took it for a short drive around the block and it seemed to run great? How can this be? This doesnt make sense to me!
T

It may be that the HB has spun and what you see isn't the actual timing position.
J

Knowing SBF's that's exactly what happened, and you're going to have to replace the balancer or just time it where it runs right and leave it at that. But, a spun balancer is a balancer that is on its way to coming apart so it's best to just put one on it, they're not that expensive.
You must log in or register to reply here. 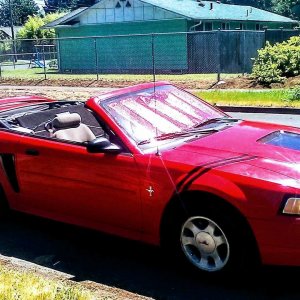 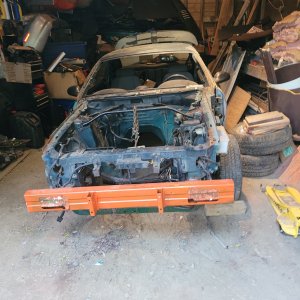