Supposadly the cops tried busting up a regular street racing event, spectators in retaliation did lots of public damage and looted and smashed the crap out of a blockbuster. :banana:
F

What do they drive over there mostly? Or race rather, like what do you see alot of?

Its the big Holden vs Ford. Holden is a aussie company, make some pretty sweet rides.

Search up Holden Commodore and Ford Falcon, they have the fancy models I forget the name ZX6 or somthing? There both V8s if you get the right model and semi sporty.

There is the V8 Supercars as they call it over here, them racing its only Ford vs Holden.

Went and saw these, very sweet, super fast too.

They also have a boss 302 version of the ford falcon or at least it looked and sounded like one when I saw one the other day, orage with black decals kinda cool.


But over all lots of the cars are gay 4 doors. One cool car you see A LOT of are mid 90s Skylines. 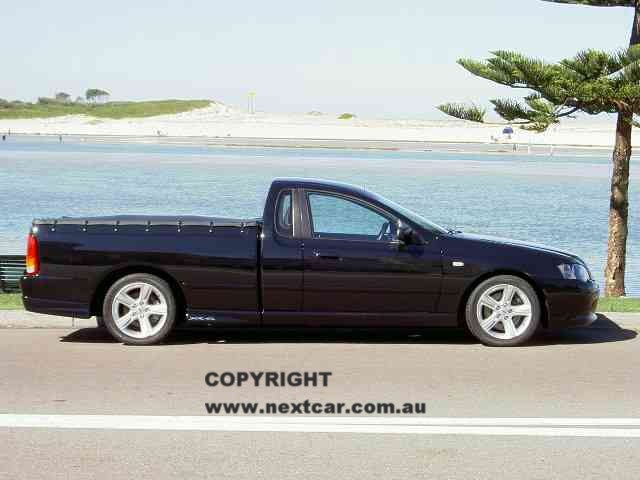 They all look cool!

Find a notch and spray the shit out of it and show them whos really boss at those streetraces! THEN BREAK SHIT. When the cops show up of course, poor blockbuster LOL.

Wait, did you say a boss edition ford falcon? ???

That falcon looks badass.....commodore doesnt look half bad either although it kinda reminds me of a mazda 6 hmm.

Yah the falcons are pretty sweet, some models. Google it I couldnt find the boss version but I saw one unless It was just a decal package and speical color.

I highly doubt there is any notch fox's over here. Im prob gonna buy a toyota or a holden commodore (not a fancy one, old 4cly or v6) or ford falcon same thing.
F

That would be awesome...

falcon looks pretty sick. how much are cars over there? like new ones? same prices?

one of those falcons if prob $40k? cars are more then in Cananda and cars in Canada are quite a bit more then they are in the US...
T

Matt94GT said:
one of those falcons if prob $40k? cars are more then in Cananda and cars in Canada are quite a bit more then they are in the US...
Click to expand...

ahhh ic. thanks for that info. my old boss is in australia right now, not sure where he is but he is. hes australian, he moved to the US when he was like 16.. now hes 35 and about to retire in 5 years.. then move back to australia.. i get to watch his house when hes away. hes been on a month vacation sooo his house is nice, and he is one loaded bloody wanker.
S

nice looking rides
You must log in or register to reply here.