i was occupied with the vast variety of awesomeness hahah 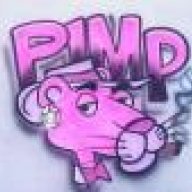 You have an iphone? 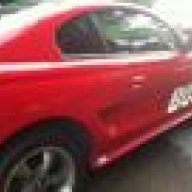 Frank.JD.Perez said:
its almost that time of the month again guys, ill update this post monthly with C&C pics

WARNIG this one is VERY LOUD

i was happy, i got him to start it up for me


I love car shows though. Wish it wasnt so friggin hot but love to see others rides and what they do to them. Very, very few are completely stock, all original.

Today was TITS. Had an awesome crew roll out today and lots of awesomeness

here we go, get your droll cans ready cause theres a lot of nice rides and TONS of pictures

so this was starting off the morning which i had a hard time believing it was morning because it was hella dark...

we all met up at east bay bmw which is where like..everyone that was in the crew worked...minus a few people there and myself

now at the show. we got there hella early and then i heard this guy drive by so i HAD to follow him

i was super happy when i saw this car because i knew it. this is a car thats featured on Mike Maiers site


and of course pics of the Elevated S80 and Stealth Mare

ive heard from a couple different people that the pictures arent loading and i dont know why. they load fine for me on 3 separate devices but since i cant seem to figure out the issue here is a link to the pictures. feel free to browse all you like theres about 150

No pics here, just one.

Ill fix it all later today. Thanks for the confirmation Garrett. Is it the boss 302 seats?

But yeah the seats

Sent from my SM-G920V using Tapatalk

I'm jelly of that license plate though.

Frank.JD.Perez said:
ive heard from a couple different people that the pictures arent loading and i dont know why. they load fine for me on 3 separate devices but since i cant seem to figure out the issue here is a link to the pictures. feel free to browse all you like theres about 150

This happens all the time when hosted with google plus. I think if you are not a member or something they cannot be seen. That's why I use photobucket or tinypic etc.

IN scottsdale az they have a weekly car show that is big enough to impress most and with scottsdale being one of the richer sides of town you could catch anything there.
[video=youtube;4KCgNur5Tgo]https://www.youtube.com/watch?v=4KCgNur5Tgo[/video]

But then none of that compared to barret jackson. I always went on saterday their biggest day to wonder around and see what I could see from the monster garage cars one year to shelby's original super snake....

Yeah no pics.
You must log in or register to reply here.

M
EPIC THREAD HERD AROUND THE WORLD PART 2 HE first stole our pics of cars and...

PI Intake/PI Cams Install How To
2 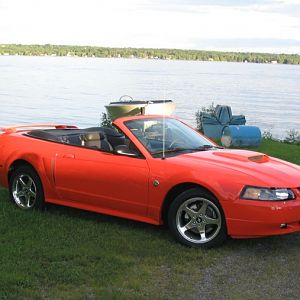