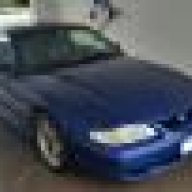 So I've searched up and down on this but can't seem to find a clear cut answer.

I come from 96-98, where fpdm's aren't a thing I have to worry about. However, my friend recently bought a 03 GT that has been converted to return, but still has a fpdm. It was at the mechanic a few weeks back because the shrink wrap used in the fuel pump install by the PO fell off and was causing a short which was blowing a fuse while driving (which would shut the car off).

While troubleshooting the issue, the mechanic noticed the FPDM was running the pump really hard or something? (My friend, who is still learning and doesn't really know much of anything about cars yet, relayed the information to me, so I didn't get the best explanation). I'm not familiar at all with the FPDM, so the best I can figure is that it's running the pump at a higher duty cycle than the mechanic felt was safe.

So my first question is... can this be done in the tune? Can the computer just tell the fpdm to run the fuel pump at 100% like it normally would in a return set up? Because I wonder if the mechanic didn't realize it had been converted to return, or maybe just didn't put 2 and 2 together. Car definitely has a tune, so I feel this is a possibility.

Is the FPDM in any sort of harm of "Burning up"? From the sounds of it, the mechanic seemed to think so. The car came with a couple extra, but it also looks like it came with a slave harness for a second fpdm, which makes sense because I know the PO was running dual pumps before going to a larger single. Could the FPDM just be under too much stress from running a larger pump?

And so assuming the fpdm should be deleted, I understand the best way to do this so that the pump runs as factory as possible (Prime with key on then turn off, off when engine off, etc), is the following: 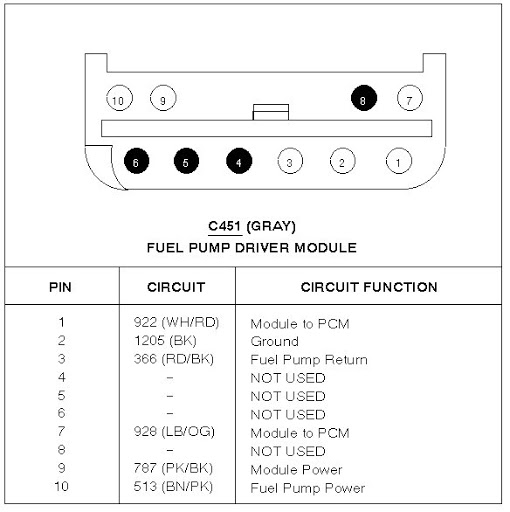 Does this seem correct or do I have something mixed around here?
I'm not the best with figuring out wiring, but I can do it if I can lay it out rather simply which from the looks of this, it doesn't seem that hard once you know what you're doing.

Also, one thing I can't seem to find any information on is what size relay to use. I have a 60A here that I can use, but would rather go get the right size if needed.

He really wants the pump to behave as stock, ie not running constantly with key on. However, does the pump prime with the key in ACC (Turning the key downwards toward the driver)? If not, the pump priming when key is ON isn't a problem.

Any info is helpful at this point.

There is a thread on svtp on how to wire the pumps properly. But you need the the fpdm harness to turn the Relayon and off. So the pumps prime properly.

Short answer is yes you can do that with the tune.
OP
OP

D3VST8R96GT said:
Short answer is yes you can do that with the tune.
Click to expand...

Did you read the link

Sent from my LGLS996 using Tapatalk
Click to expand...

Yes. I'm asking for clarification of information I've gathered between that link (which I had read before) and another source.

What I'm mainly asking here is if I have the wiring to the relay correct, but I don't want to go through deleting it if it can be and has been done through the tune.

From what i read.. People who delete it even with a tune have issues with the pump running non stop with the key on the on position.. I would do it like its explained on the thread. That's the way I'm doing it if i go returnless

Sent from my LGLS996 using Tapatalk
You must log in or register to reply here.