This post is a bit lengthy but I'm trying to get it all on the table in one shot so I'm not leaving holes.

The pump needs to be replaced but I'm uncertain on which route to go considering that the car is a 98. It has the return style fuel system with variable speed/voltage pump. The problem is I can't find specs on the correct voltage.

I ran a meter on the pump circuit while driving the car through various conditions. To my surprise, I found a very small voltage difference. The car idles, cruises, and WOT at 12.5 volts and then it goes to 13.8 volts at any throttle position or load above 4200ish rpm. It seems to be strictly rpm based which seems odd to me. I'm familiar with other makes that use variable voltage systems but they normally see 9 volts at partial and then 13 at WOT. I find it very odd and useless to only use a 1 volt variance.

I was thinking that someone may have changed or tampered with the resistor but this car is bone stock from the exhaust to the airbox.

Can the resistor be bypassed to feed constant power on the 98 drop in pumps with out burning the pump up? I would think that it would be safe considering it runs 12.5 volts constant but I'm not sure if the variable speed pumps in the 98 can handle the constant 13.8 volt current. I can't find any solid info on this subject.

I would rather have the constant voltage for the sake of simplicity and diag in the future. It's just one less variable when trouble shooting and tuning a car in my opinion.

My last concern is the 98 basket style assembly. I've read several comments that the basket isn't capable of filling before a aftermarket pump can drain it. The problem is nobody is specifically saying what type of power or injector size where this happens. Doesn't the return line also feed the basket like other makes? The car turns as well so long sweepers are a concern.

If the pump can't be hard wired to constant 13 volts and the basket is a problem than I suppose the only logical solution would be to convert to the 97 style tank and assembly. I'm trying to avoid that to a degree because I'll have to buy the hanger, sending unit, find a pigtail for the sending unit, along with the tank and pump.

Colors are not for the mustsng but that's how you wire it to have constant voltage.
OP
OP
C

Are the fuel lines plug and play on the pump assembly for the tank swap? If I buy a 96-97 tank, assembly, sending unit.

Its easy swap.. you need the lines that come from the fuel tank and hook up to the fuel filter and the hard line.. also the plug from it.. i just repinned it.. 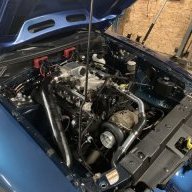 I just did the walbro 255lph pump on my 98gt. I've heard of guys making 450+hp with this setup without even drilling holes in the bucket. I don't plan on making that kind of power anytime soon but so far the pump is doing great.

I thought about doing that. But ive heard the switch in voltage makes it go bad quicker.

This is awesome tech! We need this stickied!!!
OP
OP
C

What was the difference in the fuel lines? I thought ford used the same fittings on the chassis. That might be harder to find.

you repinned the plug on the pump side or the sending unit?

Are the ohms the same for the level sending unit? I haven't seen a single post anywhere about the wiring process. Just that you need the pigtail because the plug is different.

Run diffrent. The 98 the pump sits in the middle.. before it was in the pass side of the tank. . Lines just have diffrent bends to them.. same fittings

Man i wish i would of took pics.. i have the 98 tank in my back yard still I'll see if i can take some pics in a bit. And try to explain.. 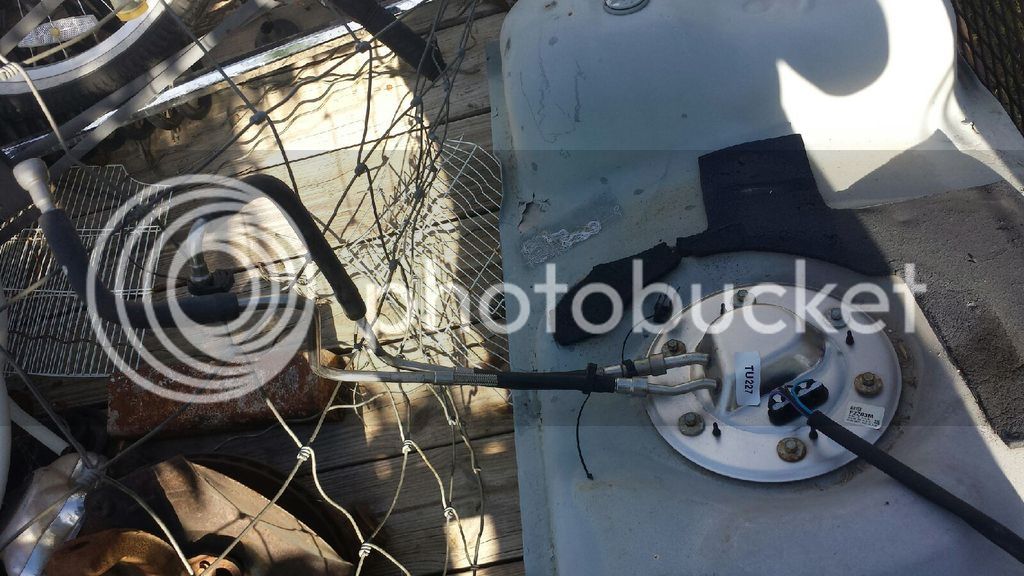 The whole assembly sits together in the middle that's sending unit and pump.. it's all one piece in a basket.
The <97 have the fuel pump on the pass side
Here 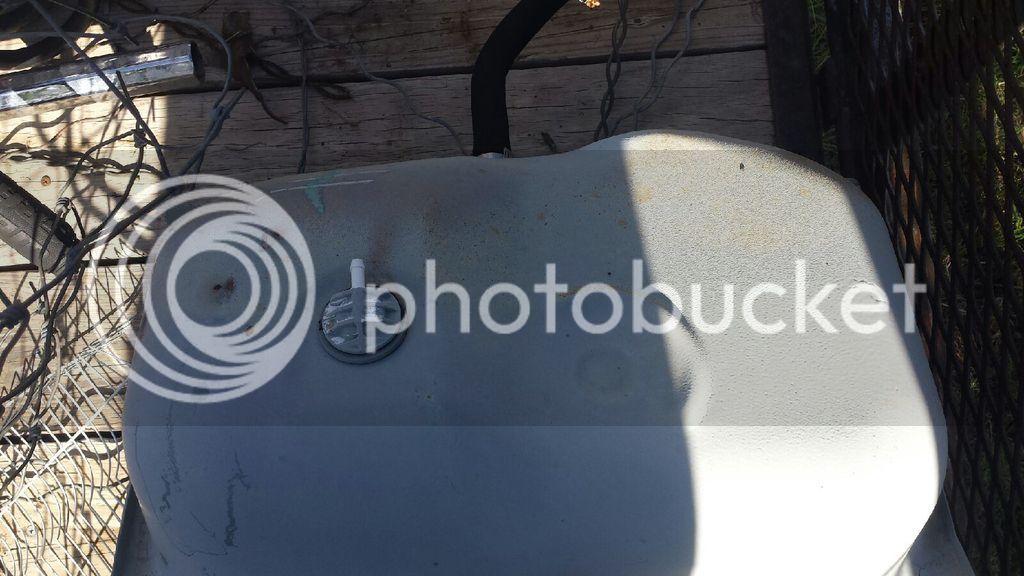 ..
The sending unit sits on the older style sits were the pump is on the 98..
The hoses have diffrent bends because they run from a different place. .

..
The wiring on the tanks are also diffrent.. . You need the wiring off the <97 . It will be split for the sending unit and pump unlike the 98 that runs together.. 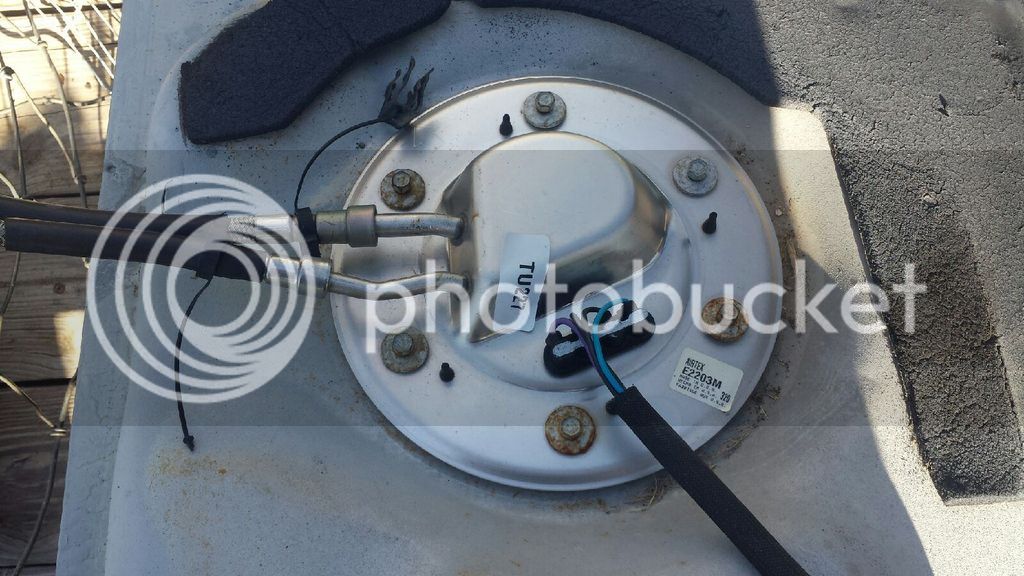 ..
The plug i just took a small screw driver and unpinned the plug. 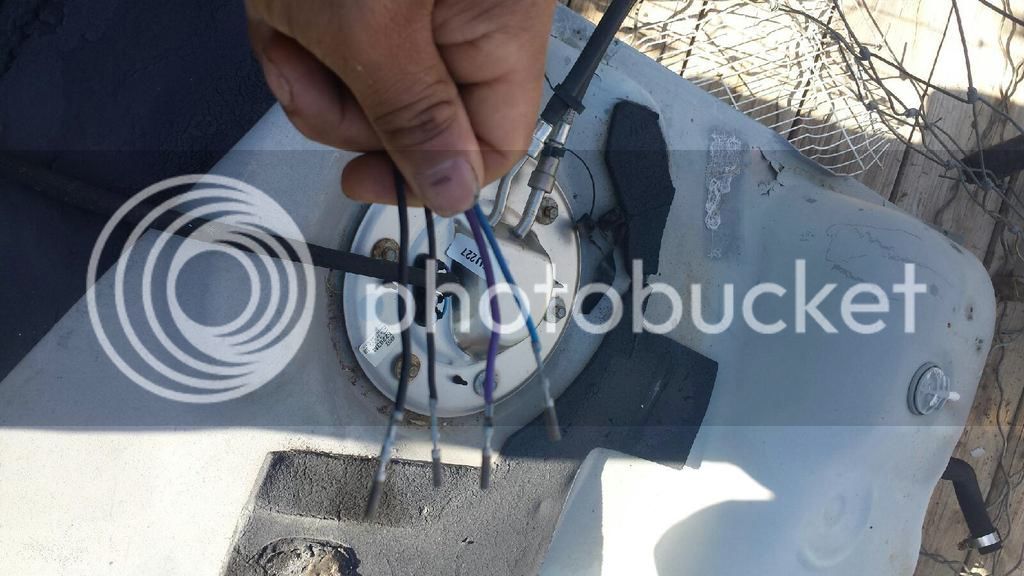 ..
Did the same on the my 95 swap the plugs justa a matter off pushing the wires backin they lock in place in the plug.. i did not want to cut the wires.. you will also need the filler neck and new rubber the 98 is a lot thinner compare to the earlier ones. .

Sorry i can not get pics of the 95 tank.. if i drop it i can update this with pics.. but once you grt the other tank it will all be clear. .
OP
OP
C

I looked up some photos and I see what you're talking about on the tank itself. You're saying I need the lines all the way to the fuel rails, not just the sections that you have photos of here?

I planned on taking the plug pigtails from the donor if the guy lets me cut them off. I'm not sure if they have the chassis harness going straight to the plugs or if they have a harness and plug to each like the 98 does.

No just the small section to the fuel filter and to the hard line. .

You don't need the whole chassi harness just the wiring off the tank.. you don't mess with the plug on the harness on the car..
OP
OP
C

Ah thats good news! That will be much easier lol.

this is what the wiring looks like. . The red plug is for the pump the grey for the sending unit.. the black one you swap for the one off your tank. . The one one off the car stays the same
OP
OP
C

Is the filler neck the same? I just need to tube grommet on the tank correct?

What a relief to find someone that's actually done this. It's been more than helpful.
You must log in or register to reply here. 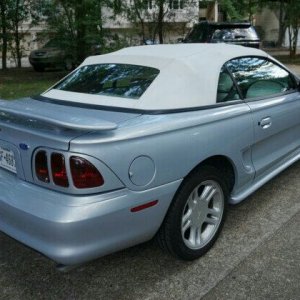