My temp gauge is reading high recently. I’ve pressured tested my cooling system twice. I have no fluid loss. I was wondering if I replace the thermostat with a 180 if that’ll help keep the temperature down. Car doesn’t overheat. Just has a very warm reading 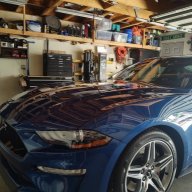 the gauges in these cars are terrible. do not trust them.

Putting a lower thermostat only means that coolant will flow to the radiator earlier than normal, actually making the car run slightly less efficient. Engines are most efficient at operating temp and getting there quicker is better, but that's just pennies. You can do it or not, but it likely won't change anything once the car is fully warmed up.

Water wetter additive will probably have more effect than a Tstat. The best effect you can probably see is from an aftermarket radiator with more capacity. If you're able, try to get a second opinion from adding another gauge, preferably an old fashioned mechanical one somewhere visible in the engine bay.
OP
OP
P

what as been done to the motor? Sometimes after mods it helps to lower the thermostat but it still really should not be needed. As said above the temp gauges in our cars are dumbed down by the computer so you don't get scared. I watched mine on the dyno in phoenix get into overheating territory that it was pulling timing to try and cool itself and the temp gauge was just barely on the high side of normal. If you really want to know this is why we add a temp gauge almost as much as an afr 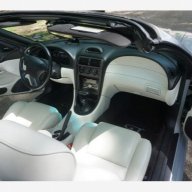 I have noticed some curious temp readings with the factory gauge. Imo that "Cold-Normal-Hot" gauge isn't much better than putting your hand on thd radiator to determine the temp! My plans include keeping that gauge as part of my stock dash...and adding a temp gauge with a Fahrenheit scale. I also want a scaled temp gauge for the transmission fluid and a scaled temp gauge for the oil. I am in the process of deciding where these will be installed. That takes me into a topic of Dashboard Design! Oh well, the fun we have!

Oh crap, this reminds me...

You oughtta check out the Accutach website. You can very easily and cheaply convert your original temp gauge (and oil pressure gauge for that matter) into a pretty accurate one. Cool stuff. Mark Olson is the man.
OP
OP
P

I got a new thermostat. I’ll install tomorrow. Hopefully the rain will hold out. Hopefully it will solve my problem
OP
OP
P

Thermostat installed. Drive the shit out of it for about 20 minutes gauge is reading around the “no” then up to “rm” in the word “normal” has good heat and no leaks. So far so good. Ty everyone
You must log in or register to reply here. 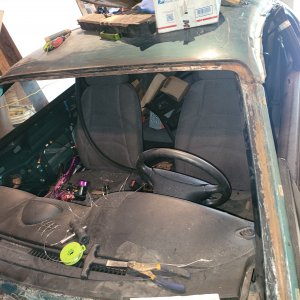 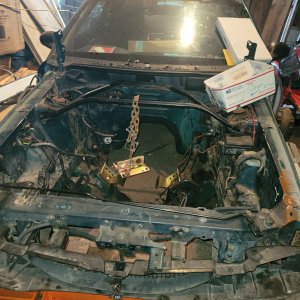