white95 said:
Christ. What a job. I hope mine goes smoothly but nothing bolted to my car ever gives up easily.
Click to expand...

Lets see who had the worse luck lol. Also one of the plates inside the caliper that guide the pads into place also has stripped bolt head ( star head ) so now I have to work on getting that out and finding another one that fits.....always something.....


joe65 said:
yeah sounds like fun. good to see that all the crap doesn't just happen to me tho. Glad to share the WTH with others. Side note but related, i'm working on some deals now to put an 03/04 cobra eaton on my 2v....decided to go with the Tork Tech kit on my 2v while i figure out what my Coyote swap needs.
Click to expand...

That would be quite interesting, Id like to see that. Lots of Eatons out there for sale, people upgrade often. I'll be doing the same later this year if everything works out as planned.

Finished the brembo brake rebuild and got the system bled.

Spring means the first drive of the season. Have a bunch of mods coming up soon.

HUGE UPDATE.....Ok first of all I fell of the wagon as far as updating this thread and I apologize for that, so much has happened. First of all I had a lot of mods done on the Cobra. It now has a VMP Gen3R with a Fore return fuel system and #80lb injectors. Things did not go smoothly though.

I dropped the car off at the shop doing the work on May 24th and I just got the car back on September the 8th. Now I know a lot of people would assume that was due to the shop but I want to make it clear it was not. The car was not scheduled to go in, as of May they were backed up by 2 months for work and told me that if I dropped it off they can work on it between scheduled jobs and I would get it back sooner than waiting for a scheduled spot. I was fine with this so I dropped it off on May 24th and expected to get it back by late june to early july. The issues I ran into was the coolant crossover delete. Things were going fine with the install and I did not order the coolant crossover delete ahead of time hoping I would not need it but Aaron advised against banging the coolant crossover tube for the VMP which I agreed with. The part was ordered ( An MMR Brand ) and arrived much later than expected getting stuck in Fed Ex shipping hell ( Delay #1 ) It finally arrived about 2 weeks later. This part was put on and things continued. Aaron called me a few days later saying that the crossover delete was leaking, no biggie easy fix so he ordered a new one and it arrived shortly after.

At this point its about mid to late June and the shop had the car about 6 weeks to finish up everything on the Cobra and was in the time frame I was expecting even with the stuck in shipping MMR coolant crossover delete. At this point I'm just waiting for a dyno spot to open because they are backed up by 2 months. The shop I had the Cobra at has first dibs on any cancelations or open spots so basically that's what I'm waiting for. I get a call from Aaron about mid July and he told me he's loading the Cobra onto the trailer and its being taken down to the dyno because there was a cancelation so there was time to get me in. He's in the process of loading the Cobra on and for a second time the MMR coolant crossover delete starts to leak and blows coolant all over my engine ( Whole new part keep in mind ) so I lose my spot for the dyno and Aaron asks me if I want to do a different crossover delete or get another MMR rush shipped to him. I figure a third one cant leak so go ahead and get it rush shipped also not knowing if other brand crossover delete's were even in stock. He gets the third MMR delete in and I told him if this one leaks just put the stock OEM crossover tube on and bang it out to clear the VMP. The third one also leaks and the OEM one goes back on for the short term. By this time after screwing around with all the absolute shit MMR quality it has delayed things by over a month between waiting for those to come in and the time available that Aaron had to get to working on the Cobra again.

By this time we are in mid august and everything is done on the Cobra, it has a start up tune and runs and I'm just waiting for a dyno spot. Not long after this Aaron gets the go ahead to bring the Cobra down and it will get put on the rollers soon. About a week goes by with the Cobra at the dyno waiting for time to get the tune done on it. Finally the Cobra gets put on the rollers and the tune is going well, its running great and he goes to do the WOT pulls and my Alt pulley bends and throws / shreds my belt. This was a KMJ alt and was discovered that the threads were messed up on it which caused the pulley to wobble and throw the belt. Long story for why the threads got messed up, it was not KMJ's fault. The Cobra is fixed my stock alt put back on and the Cobra goes back on the dyno about a week later to be finished up and as it is being strapped down on the dyno the tuner gets a call for a family issue and has to leave. This is the first weekend of September at this point on Saturday the 4th. I'm told he will be going back to the dyno and the car will be finished with the tune on Sunday night or Monday on Memorial day. Finally the Cobra is finished up and fully tuned and I pick the Cobra up on Weds Sept 8th. I don't fault the shop, I don't fault the dyno, things would not have been backed up so far if it was not for 3 MMR coolant Crossover deletes leaking. Their quality is absolute garbage now.

So now the good stuff, the dyno numbers. I was hoping to break 650 with keeping my expectations in check. My mods are Borla stingers, Bassani Catted X pipe, VMP Gen3R with the GT500 TB and 5" VMP intake, Fore return system and 80# injectors and on pump 93. The first pull was 700 HP.......Of Course this is at the limit of pump gas and was starting to lean out. After putting in some timing up top the final result is 676 / 640, it's an absolute monster now! It does have a Torco tune for it and I want to go back this fall and see what it pulls for numbers on Torco. Should easily break 700 considering it wanted to on 93 anyway. In the end losing the car for the whole summer sucked but I'm happy with how the car turned out and the numbers it is now putting down. Thanks for reading my version of War and Peace.

Man, what a rollercoaster ride. Glad you finally got it back. Sounds like it will be super fun to drive. 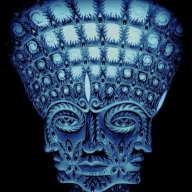 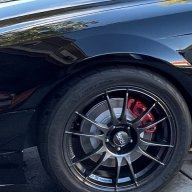 good that you still have it and are moving along with it. Its always something. I've heard people say not to use MMR stuff, but that is a specific story that verifies the claims. Sounds like a fun car. I 'm thinking we need video now!!

time for a smokey burn out vid or a drive by. Congrats.

Thanks guys, I'll post up some videos soon. I do have one on my Instagram if you want to check that out: Travis_SVT Just a short video but when I get some blower whine / fly by stuff recorded I'll post it up in here too. And Yes MMR is fucking garbage
You must log in or register to reply here.