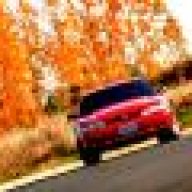 Short story short, my BBK H-Pipe had a fight with a rock and the rock won and need to get a new mid pipe..

When i had it up on the rack my buddy was like you should get an X pipe, and i have always wanted to kinda try the X pipe now that i have heard and drove with an H pipe for a year and needing to buy a new mid pipe im thinking maybe i should try the X pipe? If i dont like it just remove and sell..

Anyway whats a good X pipe? And if you got one on your car any videos/clips?

Looked around for a moment and looks like UPR, Bassani or Pypes, Magnaflow can suck a D wanting as much as they do..

BBK offroad X is good for the $$. I had mac longtubes, bbk offroad x and mac mufflers. Loved the X but the macs were too raspy.
L

Prochamber definitely. An x-pipe on these cars is way too much rasp. An h-pipe is great but I think the prochamber is better

Looking a few videos sounds pretty good, so is it little more loud/agressave than the stranded h pipe?

Any good videos i should look at? 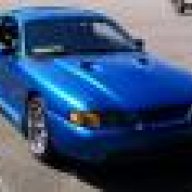 I have an American Racing Catless 3" X-Pipe

I will post a video for you this weekend if the weather holds up. I love the AR exhaust note along with the LT's. Wouldnt want it any-other way. Great company.

Not sure what your looking for exactly but if my setup interests you, you will need to go smaller then 3" if you do not want to modify for fitment.

No luck this weekend 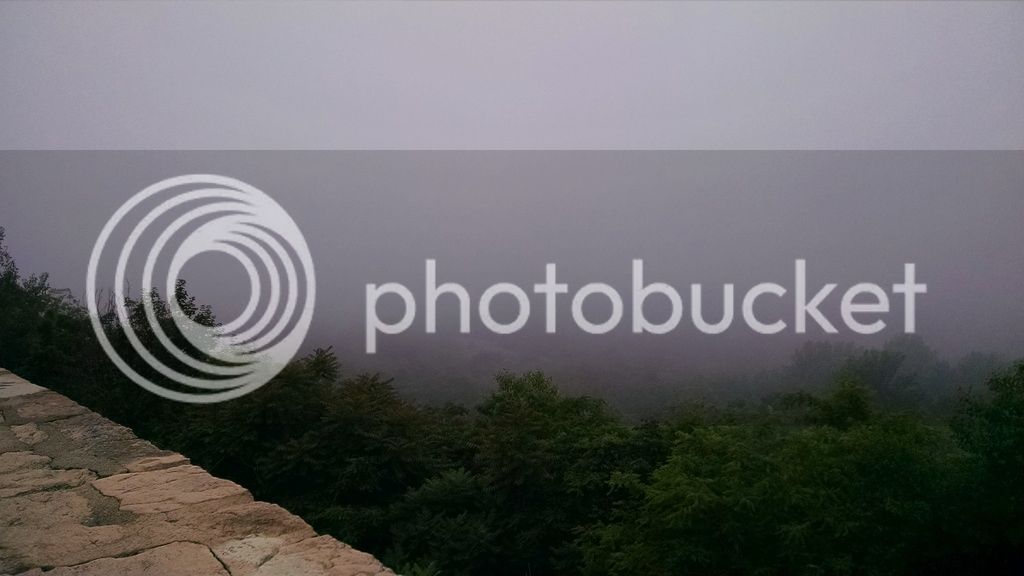 This week i got you though.

A few small taps. Never Exceeding 2,000rpm. Apologies in advanced for the background noise/shitty cell phone quality and garage echo. Will make a better video for you this weekend.

Found one of the dyno run videos. (Its still in the progress of being tuned during this video)

Mac Prochamber over anything else hands down. I have had them on 5 of the 6 Mustangs I have owned and each one sounded killer.

A few small taps. Never Exceeding 2,000rpm. Apologies in advanced for the background noise/shitty cell phone quality and garage echo. Will make a better video for you this weekend.

Found one of the dyno run videos. (Its still in the progress of being tuned during this video)

Sounds awesome! Thanks for the clips.. Do you have different headers and how much did your setup cost?

Leaning for the Prochamber now though feel like it will be cheaper..

Ballistic said:
Sounds awesome! Thanks for the clips.. Do you have different headers and how much did your setup cost?

Thanks, and no problem any time! i have Full American Racing exhaust. 1 3/4 Long Tube headers. They sell full exhaust kits a grand and up. If it interests you, give em a call and see if they will sell you an x pipe at a good price.

Whats the best place to get a Mac Prochamber for my car? CJ Pony makes it seem like they are not instock..

Pretty sure i need this one: http://shop.macperformance.com/MAC-...6-98-Off-Road-Pro-Chamber-to-Stock-PC9600.htm 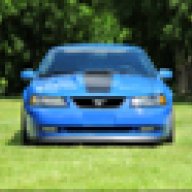 Did you ever get a ProChamber midpipe? I've always thought they sounded kinda echo'y.

I've had all types in question. I like the H pipes on the 94-95 cars and X on the 96+ cars. That being said I currently have a bassani pipe on the Mach. I've had a prochamber as well. My personal experience is the MAC and BBK stuff doesn't fit great. Also the prochamber that I had looked like it was welded by a 4 year old wasn't a fan to drop 300 bucks and have a piece show up looking like that. Ive also had VRS which was great quality but ok fitment. My preference is the bassani good quality and better fitment but it's all subjective to the cat back you pair it with and personal preference 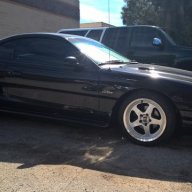 I have the BBK tuned shorties to the BBK catless X pipe and out to Flowmaster 2 chamber mufflers. Love the sound. I just had to do smog so I swapped in the factory mid pipe. I could not believe how muffled the exhaust sounded. You would have thought I had the car gagged. Once I got it smogged I swapped the X pipe back in. I love the sound and never heard anyone complain about it. I usually comment positive comments. Although the engine is not stock. The BBK build quality was tops. I do not have any experience with any of the other products people have been putting up. I bought the BBK brand new. Fit and finish was tops. 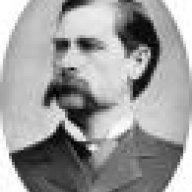 My muffler shop said he only likes to install BBK & one other(I forget) stuff because the fit is always right on. I have an off road Hpipe (BBK ) mated to a Magnapack catback & couldn't be happier
B

When I got my car it had stock manifolds, a POS Jegs house brand H-Pipe and some "Accelerator" Turbo mufflers welded into stock tails. Leaked everywhere, sounded like an old clapped out Chevy farm truck. Calling the welds bird turds would have been a compliment. I installed some BBK equal length shorty headers ($FREE.99) and purchased a BBK offroad X-Pipe and maaaaaaaaaan those things fit like shit. BBK is garbage. The headers hit my steering shaft, clutch cable, frame, some A/C lines, etc... I called them to explain/inquire and got nothing but rude commentary from some kid probably ten years younger than myself. Totally not worth it at all; zero power gain and it sounds like ass because they use a two piece design and the clamps they give you are piss weak so the X-Pipe leaks and is gonna have to be welded. The X-Pipe fits so terrible that it rubs the tranny crossmember and bangs against the floorboards. Buy anything but BBK. That's just my two cents. So my setup now is the before mentioned headers and X-Pipe, and the same mufflers with dumps welded to them. Sounds marginally better than it did before, but after spending $300 on that mid pipe, ARP header bolts, FRPP gaskets, and BBK studs for the collectors, and dumps for my mufflers I'm definitely butthurt. My cousin wasn't joking when he said to buy a MAC mid pipe (his fit FLAWLESSLY). **** BBK. If I had bought those headers brand new I would have sent them right back and demanded a refund. Moral of the story; I wish the moron I bought my car from would have left the stock exhaust on it because it probably sounded better than this embarrassment. #TIREDOFTHELEAKS #HACKJOB

That's really funny cause my Bbk shorties, Bbk o/r x bolted up perfectly fine and have never leaked other then a header gasket cause the bolts had backed out.

I know others who have had the same system with no issues as well.


This message courtesy of crapatalk!
S

You get a mixed bag with BBK. I've been down that road and won't do it again. My mid pipe from them had horrible ground clearance. Google the the products and you'll see any trends
B

Sinned83 said:
You get a mixed bag with BBK. I've been down that road and won't do it again.
Click to expand...

So has everyone I've ever met. There's a reason I got the headers for free; because they suck. My mid pipe has been on the car and not even daily driven for TWO MONTHS and has rust all over it. You're an idiot if you think BBK put more into designing an exhaust for that car than Ford did. There's a reason we drive Mustangs; the factory at least put some thought into building the damn thing. With a lot of these aftermarket companies stuff is really hit and miss; god forbid I tell anyone my real life experience and that of those around me..
You must log in or register to reply here. 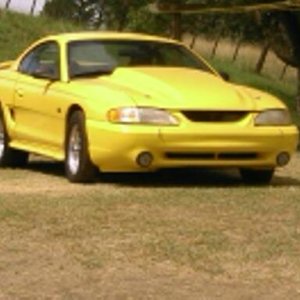 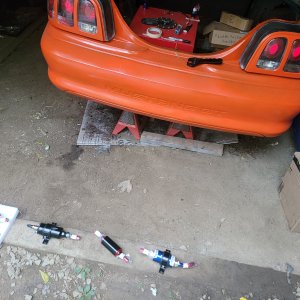