After 15 years of the incredibly famous Fox Body Ford Mustang, some enthusiasts were happy to hear about an intended redesign, the 4th full redesign of the

modelâ€™s existence. The Fox Body Mustang brought the model line back up from near ruin, caused by the 4 cylinder, low performance Mustang II, and emissions

standards that hurt the performance of the classic Mustangs. Though some hoped for a redesign through several years of the Fox Body, the look should be

credited with putting the Mustang back atop the pony car market once again, right where it belonged.

Prior to its release, this new 1994 Ford Mustang was attributed conceptual drawings showing a sort of futuristic form of the original, but when it debuted the cues

were shown to be hints at best. Dubbed the SN95, this Mustang was far more aerodynamic than any before it, with smooth, rounded lines completely unlike the

Fox Body era. While some people were unhappy with it, the new Mustang sold well and horsepower was up across the board. In place of the anemic 105

Cobra was back with 240 horsepower. The interior received some upgrades to add more comfort to the model, as well; all of this translating to a rise in cost. In

order to help promote the new 1994 Mustang Cobra, they put it in the public eye in a similar manner to that of the 1964 Mustang: lead the field at the Indy 500.

To commemorate this event, all of the 1000 1994 Ford Mustang Cobra convertibles were â€œIndy 500 Pace Carâ€ editions.While there was no Cobra R offered for the

1994 model year, late in the 1994 year Roush Performance offered a performance intake system, as well as various suspension upgrades, and this Roush lineup

would remain the same throughout the run of the SN95 Mustang. While the Roush offered a great handling and appearance package, the true Mustang buying

horsepower junkies had another option, as Saleen Industries released the powerful new S-351 which offered 371 horsepower, and if that was not enough, you

could opt for the SR, which built an impressive 480 horsepower, although the SR was very rare with only 2 being built. Overall, the redesigned Mustang was a

success, selling over 10,000 more units than the previous year.

The 1995 Mustang brought about no significant changes to the base model, GT, or Cobra, but the addition of two new trim lines offered enthusiasts two quick

new options. The first, more basic addition was the Mustang GTS. The GTS was basically a stripped down GT, with the performance aspects of the GT, as well as

the badging, but there were no fog lights as found on the GT, and no rear GT wing. Also, the interior was similar to that found in the V6 base model with cloth

manual seats; although a power driverâ€™s seat was an option. The GT gauge cluster was standard on the GTS, but power locks and windows were not. However, if

you chose a GTS, you could order any option that was offered for the base model. This trim line offered someone who wanted the grunt of the GT without the

cost and options, and this was only offered for 1995. The bigger news was the reintroduction of the mighty Cobra R. Considering the popularity of the 1993

Cobra R, the SVT engineers went back to work to produce an even meaner R, and the 1995 Cobra R did not disappoint. While the 1993 Cobra R used the same

engine as the Cobra, the 1995 R used a whole new engine, and the 250 1995 Cobra Râ€™s were basically a street legal race car, and a professional driverâ€™s license

(NHRA or SCCA) was required for purchase. The new engine of the Cobra R was a naturally aspirated 5.8L, producing 300 horsepower, mated to a Tremec 5-

tower brace, and larger stabilizer bars; so not only would this new Cobra R get up and go in a straight line (running a stock 13.8 second quarter mile) but it

would also handle the road course as well. Saleen Industries had the relative same lineup, with the power ranging from 371 to 480 horsepower. One other

were a few convertibles which came with a hardtop and soft-top, and although they were never officially offered, there are some in public hands today. The

hardtop option was cool, but it was inconvenient and would be done away with after 1995. Thanks in part to the new options, and the increased interest of the

When the 1996 Mustang debuted, it appeared to be the same as the previous year, but there were big changes under the hood. The famed 5 Liter engine, having

been used since the years of the Mustang II, was gone, having been replaced with a new 4.6L engine which used an overhead cam (OHC) design. The base

model V6 Mustangs, with the same 3.8L engine, got an increase in power, up to 150 horsepower. The entire model line received new tail lights in 1996, with

three vertical lights separated by a body colored trim piece, and these new tails resembled the original Mustang; at least about as well as the other â€œ1964 cuesâ€

new Dual Overhead Cam (DOHC) 4.6L engine. The Cobra was offered in Black, Laser Red, Crystal White, and Mystic. Mystic was by far the most intriguing (and

most expensive) of the offered colors, and depending on the amount and angle of light, the different angles of the car would appear to be purple, green, or

bronze. The GTs were not left out of the â€œspecial paintâ€ department, and 829 bright Tangerine GTs were produced in 1996. Saleen also introduced a new model,

dropped to just 20, although the overall sales of the Saleen (thanks mostly to the lower cost of the S-281) to over 440 units, where the 1995 Saleen only saw

about 133 units. Overall, production of then Ford Mustang dropped a bit from 1995.

This was a fairly uneventful year for the Mustang. There were no changes made to the V6 base model, or the Cobra (shy of the lack of the Mystic paint), but the

GT received a standard revamped alarm system as well as a new standard fabric. Much like the standard models, the Saleen models remained the same, with the

1998 would mark the final year of the SN95, and evidently the news of the SN95 coming to an end brought about a sales rush, as sales numbers jumped from

because they didnâ€™t like how the clock looked. The Saleen models were once again the same as the previous year with the S-281 and S-351, but to

commemorate the 15th anniversary of the Saleen Mustang, the SA-15 was offered. The SA-15 was a dressed up S-281, and was very rare, with only 10

produced, and those 10 are easy to recognize due to their bright yellow paint and wheels. The following year would bring about another redesign of the Mustang,

the Fox Body Mustang, as they are more powerful, but are heavier, resulting in a slower car in many cases. This generation was one of the most popular for

special editions, and those special models are still well sought after, but for many, the SN95 was another dark time for Mustang enthusiasts, second only to the

Mustang II. But all in all, the SN95 was a successful generation, and are still popular among performance minded enthusiasts, thanks in part to the wide variety

of upgrades available for them.

Good read! Thanks Will!

No problem! This is pretty good information.

Something that I hardly ever seen mentioned in conjunction with the SN95, specifically the newly designed 1994 body is the Mustang Mach III concept car. This concept car essentially depicted what the 94 SN95 would look like. Looking at the pics of it, you will see A LOT of familiar design cues. Also look at the interior/dash - very similar to the production vehicle with the whole cockpit theme (with the exception of it being a 2-seater, of course).

Some images from that site: 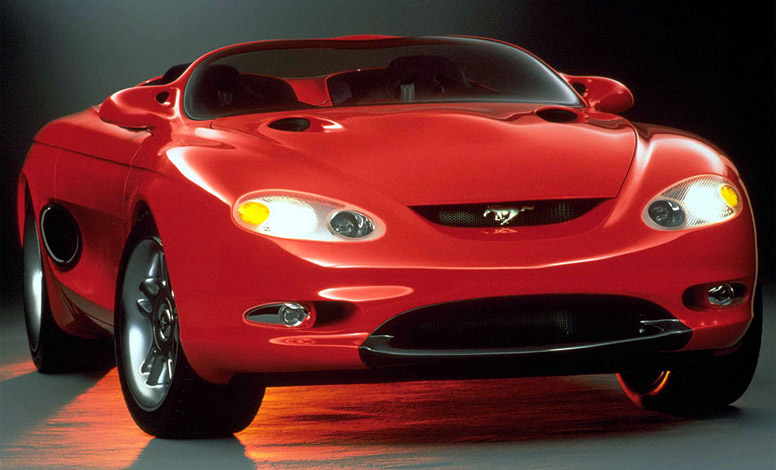 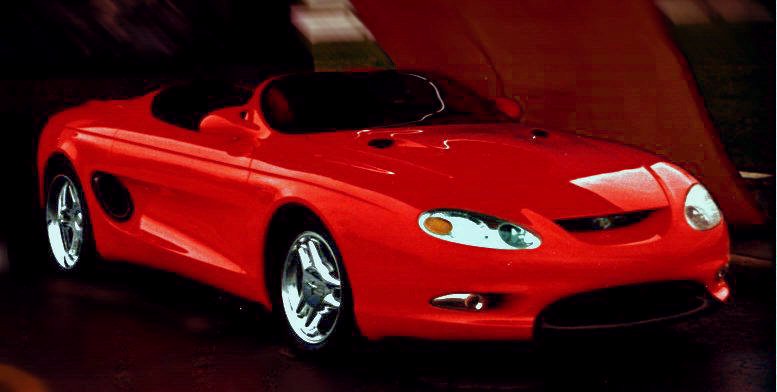 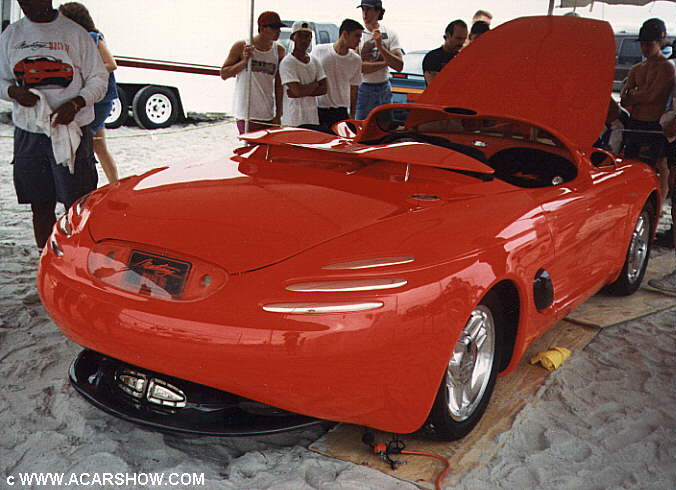 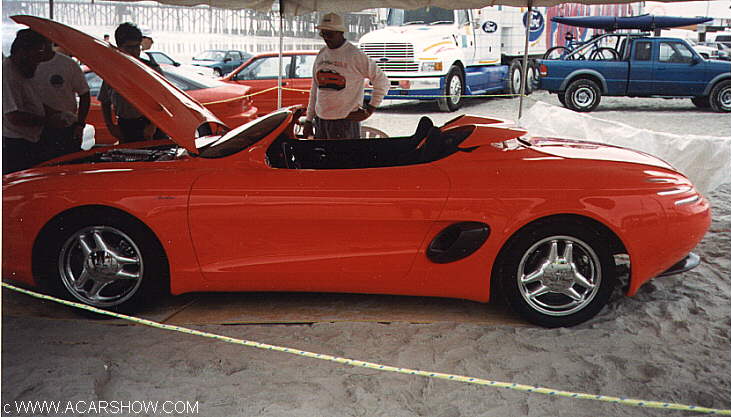 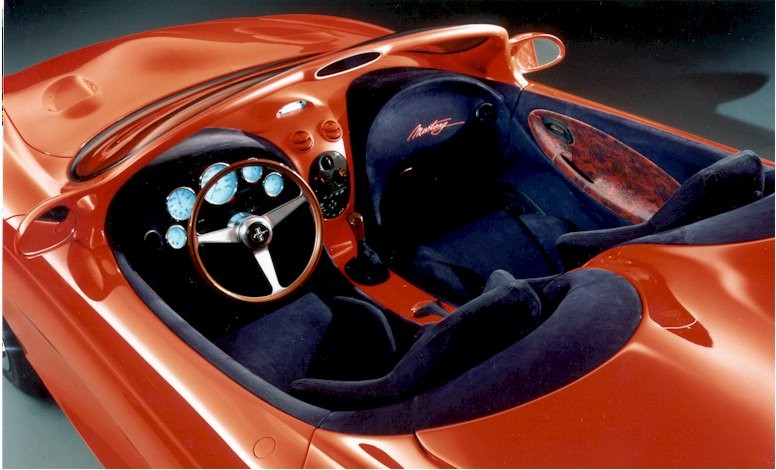 Lol, I just realized, in the 3rd pic from the top in my previous post, in addition to all the other design cues they kept, they even kept that nasty rear wheel tuck Look at that thing. Not even close to the outside of the fender
You must log in or register to reply here. 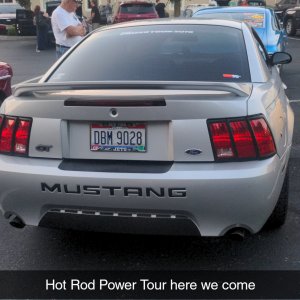 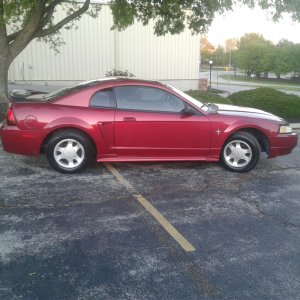