I'm posting this because there's been some trepidation about TMI chicane seats in a vert before 99.

So, about three months ago, I ordered TMI chicane seats for my Cobra vert from CJPonyParts. I got the saddle color. They told me that it would take approximately 2-2.5 months for the order to complete. They also warned me that, since TMI states the seats don't fit, I'd have to pay for the return fees. Well, they were right on one of those points, the seats arrived 2 days after Christmas.

The seats fit perfectly fine in a convertible. If anything, they actually fit better than stock. I'm convinced the the reason they say they don't fit is due to the seat track allowing the seat to contact the seat belt retractor on the floor. The same thing happens if you have the seat track extenders on a stock seat in a vert. This isn't a bad thing, as the stock seats don't go far enough back IMO.

The color is a perfect match for the interior. The seats themselves sit right at stock height without the included spacers. They're far more comfortable than the worn out stock seats and they really help the car interior look better.

As for how they fit/feel, they're great! Much better than the old worn out stockers. They are a little tight in the hip area, but I'm probably slightly above average in height/weight. For reference, I'm 6'1", 200lbs. If you're a bigger guy, they're going to get really tight in the hip area but the shoulder area is fine.

During install, take the time to mess with the wire than connects the two sliders. It needs to be pretty tight in order to get them to adjust correctly. I used some pliers and a vice to keep everything straight. This step may not be 100% necessary, but I wanted it to work perfectly for a long time. This paragraph will make more sense if/when you buy your own and install the parts before bolting in. I consider this part an adjustment and isn't a slight on the product.

I took two pics for reference. One pic is under white LEDs in a garage. That pic shows the seat all the way back against the retractor. In this location, it touches but doesn't press hard against the plastic. It would probably wear away over time. The next pic is at night with a flash on. This shows the seat one click up from resting on the retractor. It's still further back than stock, but probably only slightly so. If you look, you can see a slight mark on the retractor housing where the seat rubbed.

In closing, the seats DO fit, there are NO problems, and you get more adjustment than stock.

Sweet! Can you post a few pics of the compete inerior?
X

took some pics while checking in on my mother. she had surgery recently and i wanted to make sure shes ok (she is).

didnt really bother to clean the car since its been raining for the past 3-4 days. plus, its my daily so its not the cleanest right now.

the seats were the best decision ever. recovering stock seats will set you back nearly the same amount since you have to buy new foams regardless for pre-99 seats.

Sent from my Pixel 2 using Tapatalk

a nice set of seats will make you grin every time you get in
You must log in or register to reply here. 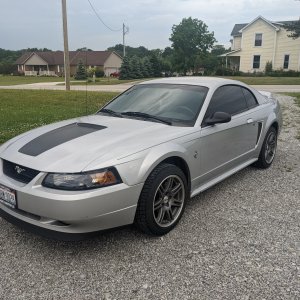 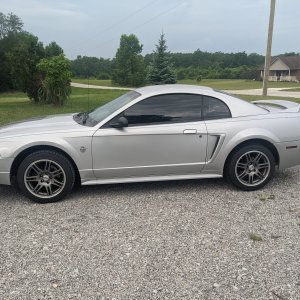