What Did You Do To Your Car Today?

I could have gone just a bit wider 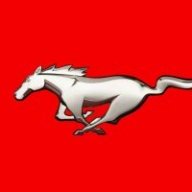 RAU03MACH said:
Always a dilemma
Now the front wheels are fine
But check out the sticky weights View attachment 20541


Right on the dam caliper
Won't turn
Click to expand...

That sucks. Looks like a lot of weights too. Maybe have them rotate the tire on the rim or BB method?

Looks like you're going to grind down the caliper a little bit.

Yup. Grind that caliper. That’s what I did to fit my drag wheels.

Just make sure you blow out the area around the piston seals in case of shavings.

Bronco2Fan said:
That sucks. Looks like a lot of weights too. Maybe have them rotate the tire on the rim or BB method?
Click to expand...

These tires are not the highest quality

Got the latest ENV-171 (oil filter housing) from Improved Racing. What a damn nice piece this is, and the ENV-170 I had from them was already damn nice. This one has a much beefier mounting bracket which even includes a nut plate to really sandwhich it to a frame rail (or really any piece of metal that you want the ultimate support for.

Fishing the nut plate through the frame rail and into its final position took me a long time, won't sugarcoat that. But I got it and damn is it strong. With the earlier version of this already mounted to the car, it was somewhat sturdy but I had my doubts (three self-tappers into the frame rail in somewhat of a triangle orientation (and in single shear)). Now, if you try to move the filter housing, even with all your strength, you just move the entire car! How it should be!

Improved Racing, like I said recently, makes nothing but the highest of high-quality stuff.

Got my oil pressure sender adapter (Autometer 2242) on the engine output so I can have a truly accurate reading on a stock gauge, and the 212* temp switch on the line returning from the cooler which will activate the oil cooler fan in the event the slipstream through its fins isn't enough to cool down the oil, or when sitting still on a hot day and/or running the snot outta the motor. 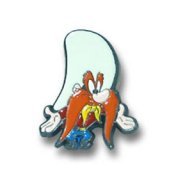 Spent the weekend at Laguna Seca...pics and times to follow, but I was comfortable in the mid 50's.

T6 exit...using as much as I feel comfortable with.

T8...The Corkscrew...best part is you don't see where you're going on entry!! 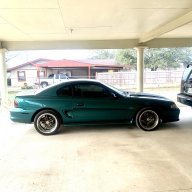 I finally aligned my headlights. Dim and yellow as a 40w bulb in a smoking room motel.... but they're in the right direction, now. LOL

Funny I was just doing the same

drill out a broken bolt from the tps sensor on the throttle body. barely hanging by a loosen bolt
getting the engine ready to clean to install new valve covers and engine cover
thats about it

I adjust my back rest and tilted the steering wheel lower. Man feels like a new car he’ll ya 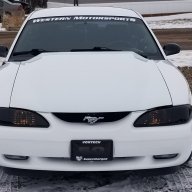 Finally got a day off and some hobby time in the shop. Sent the Bullitt for appt. 2 of 2 to complete the 3m on the bumper and lights. Part Hood, vents, fenders and mirrors completed last week. Car only had 950 miles on it so getting that done soonest before i get any chips was important. So in the SN95 world i was able to install my new FR500 steering wheel. Since the GTS has no cruise i had to cut off both lower tabs for that to be able to transfer over the plastic back housing. Stock wheel had those tabs snapped off at the factory looks Good. Hope to carry on with my kilzmatt this weekend. So far 3 hours into it and maybe 25% done. Danny

Need to replace part of exhaust.... hard to find OEM
2 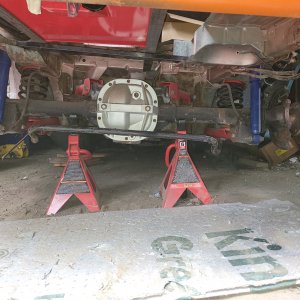 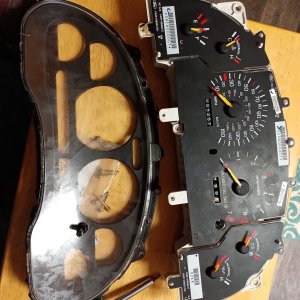 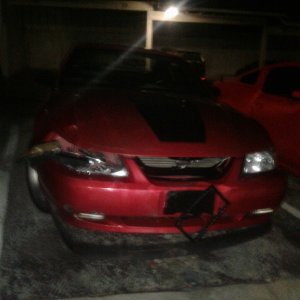