Bolt ons without a tune 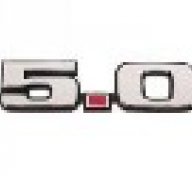 Ok, so now that I've a solid plan, I have a question.

I called for an appointment for a dyno tune, it's next month.

My question is, can I run the following parts either until then, or at least about 5 hours for the drive up there.

I scheduled the dyno to get my new cams tuned right, and for a solid baseline for my NPI headed build.
I will be swapping to Long Tubes as Nick advised they would maximize the intake and cams on my NPI heads.
But I don't know for certain if I'll be getting them prior.

As for the cams, do you think it would be possible to install them, then drive up there? I don't care about any crap mileage, as long as no damage occurs. He said he sends out exact specs in which they should be installed, so they will be in right.

I was going to get a tuner, but it is cheaper to just buy it there, without having to pay extra for licensing. Rather than buying one for 380 and having to spend 100 or so extra on top of the tuning. Rather just do it all at once.

Do u have AAA? Install the cams and have them tow you to your "repair" shop

pretty sure AAA doesn't cover a 5 hr tow to your repair place. I had to drive mine about 45min to an hr away for mine. It was running rich as hell but temps/pressures were good. Maybe your tuner can give you a tune to put on for the drive? If not I would hope it all works out but plan on dragging it up there myself just in case.

hmmm, yeah I doubt AAA will take me from here to portland, especially with 5 auto shops in town lol
Maybe the next town up the road, it's 50 miles. But yeah...

But as for the other parts?

I have pretty much all those parts + more (no tune) and my car runs just fine. You won't need a tune, but it would be nice to have one.

Just keep your foot out of it.

Your still at stock compression. Youll be fine!
I finished up my buddies npi junkyard build (straight up junkyard build! I mean used rod bearings and used piston rings from a 30,000mile cobra) about a year ago. He went flat top pistons with comp274cams on mildly ported npi heads in his '95crownvic and has drove it regularly but also easy for about a year untill he had the dyno tune cash.
He pulled off 256rwhp, 290rwtq and this is with the very first generation of npi intakes. Its not a 96-98npi intake, its an all aluminium choke hold '91-95 npi intake. His next move is pi intake or an eddy.
But long story short, he drove the car alot before the tune and was fine.

Ok, got word back on my question I emailed,
Hi Leo, I do not think you will have any issues hitting your goal of 260WHP.
Your current mods so far are nice and complementing. I would definitely suggest a set of long tube headers (BBK is the best bang for the buck) and stepping up to 3.73 gears.
For a mild N/A Application like yours, I have seen the best gains with our Stage 2.5 N/A NPI Camshafts.

If you have us degree them, they will definitely be timed perfectly. While the car will not drive like stock, I am usually able to drive customers cars to the dyno without any issues. Idle may be a slight problem but highway driving should be fine. I would suggest switching to 24lb injectors and a better MAF (SCT 2600) but I would not change that until you arrive at the dyno.

Get nick to do them!

I didn't get a tune until I was on my second set of cams.
I had all the bolt ons you could buy and never needed a tune. I popped in some Comp 262ah's and still drove it but it wanted to stall at red lights etc.
Before making it to the dyno I swapped in some 270's then had the tune done.

You should be ok driving to the dyno with the cams installed.

Yeah, I'll pay the extra for piece of mind.

As mentioned just normal driving will be a little off, but on the highway he said I'll be fine.

Just waiting at this point after the massive failure this afternoon.
I'm down from wrenching for a little bit.

I should be close to my goals when the cams are tuned, the longtubes may not be needed, depends on where I land.

But 4.10s are always fun.
You must log in or register to reply here.

Has anyone had a tune from SSI

A question about PI intake swap

Determining TDC on a 4.6L