I dont know if this is old news or not but here they are.

This goes along with it:


The image above is courtesy of the November issue of Road and Track magazine. It's a rendering of what they believe the updated 2009 Mustang will look like. According to R&T the '09 is likely to have a flatter hood and more aggressive front end. "This approach can be likened to Chevy's take on the Camaro, which has the basic proportions of the original, but with sheet metal that has a decidedly contemporary flair."

They go on to say that the base model 2009 Mustang will likely have a smaller but more powerful 3.5L engine. Probably the same engine that we unveiled to you here last November, but unlike the one Ford told us about this one is said to have somewhere between 260 to 280 horsepower. That would make it at least as powerful as the 99-04 Mustang GT's V8 engine, and 35 to 55 horsepower more powerful than the beloved 5.0L Fox Body GT.

But don't blink yet! Even more amazing is what they had to say about the 2009 Mustang GT's engine. Word is that Ford will bump the displacement of the 4.6L that is in the current Mustang, likely to 5.0L, which will result in more horsepower. How much more horsepower? Well R&T says it'll "probably be between 350-400bhp."
9

I find it sad that a v6 will be as fast as my 03 gt.I only ford would have given us all the big horse power to begin with it would not be so bad :nonono:
F

I hope thats not it, the version i saw a few months ago had a curved rear quarter panel like the 69 and was much nicer then that...it would be nice if they had a larger engine with more bore.
F

smokey thank you.... FORD has really shited us all in our engines 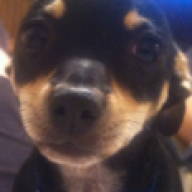 white98stang said:
smokey thank you.... FORD has really shited us all in our engines
Click to expand...

yeah that does look like ass, why couldnt they make it like the concept I thought that looked soooo sweet.
S

For all of us this also means that the afteer market people will be taking our hard earned cash so we can Have ponys under our hoods.plus I just feel that ford is repeating there past mistakes. they made the 05-07 and the 09 to big and heavy.they weigh 5 to 6 hundred pounds more than our sn95's.granted ford did not replace the mustang with the probe as planed so we must be greatful for that.but when the new camaro and challenger come out they will be beasts out of the box.add the fact that the new stangs on the in side look very cheap. the gauge styling is nice ( i wish some one would make a cluster like that for our stangs) but the color changing thing is kind of :lame: and while there is lots of power the car feels huge like land yaht huge.granted right now It is the best bank for your buck but when you can buy a 4 or 6 cyl that can go faster and get better milage the only thing that is left is the name. and so far ford is really screwing with the name. i mean whats next. a new turbo 4 cyl thats faster and has more HP than a cobra. 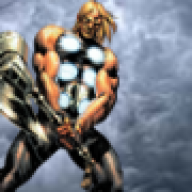 This what I see everywhere on the possible 09s.

Actually i think the vert looks nice. They are thinking of making a hard top version that can be removed. That car in the pics may be it with the roof removed. You would have to take it off and leave it home cause its one piece. Probubly heavy and a pia to take off and put on. If this is the way there going i can see alot of ruined interiors in the future.

Stevo said:
Actually i think the vert looks nice. They are thinking of making a hard top version that can be removed. That car in the pics may be it with the roof removed. You would have to take it off and leave it home cause its one piece. Probubly heavy and a pia to take off and put on. If this is the way there going i can see alot of ruined interiors in the future.
Click to expand...

95 Cobra's had that as an option...it came with a stand for in the garage...it also had a soft top.
F

LOL ;D
You must log in or register to reply here.