That's not fun enough....get a valve stem tool and let the air out, then screw the valve back in and put the cap back on and repeat every time they air their tires back up.

Not a single sign of dirt on the truck... priceless.

And if you don't want giant Silverados parking next to you like that, don't isolate yourself by parking backwards in the back of a parking lot. It's a mustang, not a Ferrari. People aren't going to respect it.

ElrodKTPQ_89 said:
That's not fun enough....get a valve stem tool and let the air out, then screw the valve back in and put the cap back on and repeat every time they air their tires back up.
Click to expand...

that would work too. Then if he don't learn, pull the cores

Ferocious said:
And if you don't want giant Silverados parking next to you like that, don't isolate yourself by parking backwards in the back of a parking lot. It's a mustang, not a Ferrari. People aren't going to respect it.
Click to expand...

douche bags like that don't respect any body.
R

Mirror would have been removed via fist or foot. Simply no respect for people like that.

Nothing wrong with parking away from others to protect your car. I worked hard on mine and for mine.

Pee on his tire. Print out pic, put under his wiper. Surely you know who it is.

Don't vandalize his shit. So he parked close, not worth going to jail over. 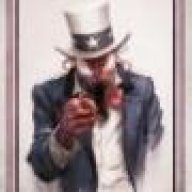 rw95gt said:
Nothing wrong with parking away from others to protect your car. I worked hard on mine and for mine.
Click to expand...

OP is a perfect paradox of your logic.
OP
OP
9 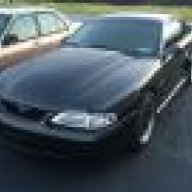 Kick out a window and shit on his dashboard. Or you could be the bigger man and say screw it. This is 2014, people
have no respect for others property. My pos 94 escort doesn't have a straight panel on it. Quarter panel crease passengers side, happened at work. drivers side quarter was Walmart. Front bumper was the grocery store. Rear bumper was at Home Depot. Hood was a kid at Burger King. Trunk was my own fault, dog involved. Either way it's a $425 beater that gets me around and when it dies I'll give it a decent burial

There are many people who actually do respect Mustangs and the work put into them.

Buy a bumper sticker and throw it on there... "compensating" 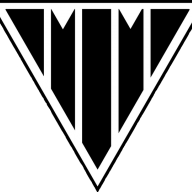 This doesn't look all too nice for us lifted Chevy guys.

watch out if you start vehicle prank wars at work. I had a guy at the place I work at one day empty all the trash from his trucks bed into my trucks bed, thought he was cute. I told him I was off at 9 that night and if he didn't take it out that he would get the trash back plush interest. Well he didn't take it out so the next day I wired an alarm siren into his brake lights, and then broke into his truck and put the trash inside. The whole store knew about it and was awaiting him to leave work that night and in the middle of while I was selling something one of the salesmen ran up and with a big shit eatin grin yelled "HE'S LEAVING NOW C'MON C'MON C'MON!!!" and then sprinted back across the store. Naturally the customer was curious as all heck so I told him it would probably be worth his time to watch the show that was about to happen. So we went out to find the ENTIRE STORES staff standing there watching cj start his truck. I got lucky that I used an alpine siren that had a soft activation feature that meant it started off soft for 3 secs and then went full blast. So the first 3 times he tapped the brake to start it, put it in drive, and then start rolling didn't get into the full blast but it was loud enough to make him look back each time. Then he got to the main road where it was busy and had to wait and when it went into full blast mode he really started looking around and it was this time he noticed the entire store(now customers and all I mean you could have robbed the place silly if you had been in there) watching, pointing/laughing. He didn't want to admit defeat so he drove off anyway. Next day he tried to wire it into my fog lights but I notices the wiring hanging down and then he laughed that he took the bed off of his truck so I could not put anything in it(he was getting it painted). When I walked by his truck I noticed that with out the bed I had full access to his fuel pump wiring now right up on top so I got a radio shack project box and proceded to modify one of the "extra" store keyless entry systems so that I could simple slap it on his frame rail and connect the two wires going to his fuel pump to remotely cut power to the pump. You can't imagine how disappointed I was when I came back that night to find out he mouthed off to one of the managers and got fired.

Morel of the story - don't dick with an installer/mechanics car.

Lol that is epic Scott!! The worst thing we've ever done at work was rig the GIANT tie-wraps to someone's drive shaft and cv axles and put de-ox under their door handles and on their windshield wipers. I tie-wrapped a friends camaro once and he actually drove it til they eventually broke off because he was too big to get under the car to cut them.
You must log in or register to reply here.

what should be done to a nice set of new heads?

Car is tuned, runs great, at idle it dies when all the electronics are on
2 3 4