Came across this article and figured it would be a nice addition to the 2v section. Have at it my brethren!

Romeo, Windsor, Teksid, WAP- What's In A Name?
In a nut shell, not all 4.6L engines are built the same. Start reading the multitude of forums on the internet and you'll see people referring to the 4.6L engines using names like Windsor, Romeo and Teksid. So what do the names mean?​
Romeo - Romeo is an engine plant. The first 4.6L engines built were produced in Romeo Michigan beginning in 1991 which was Fords old tractor plant just outside of Detroit. Most Romeo blocks are marked with an "R" in the block.​
Windsor - Windsor refers to the Windsor engine plant in Windsor, Ontario Canada. Ford added this second engine plant in 1997 to produce 4.6L and 5.4L engines. As noted above, 1997 was the first year the 4.6L showed up in the F-150. Windsor blocks are all marked with a "W" in the block in two places.​
Teksid - Teksid just refers to aluminum blocks made from 1993-1999 by Teksid in Italy. The engine itself was assembled in Romeo, Michigan. The Teksid blocks are said to be capable of handling 1,200 horsepower.​
Windsor Aluminum Plant (WAP) - Not all aluminum blocks were built by Teksid. The Windsor Aluminum Plant began production of aluminum blocks in 1999.


Here is a partial list of vehicles and the engines that came in them: 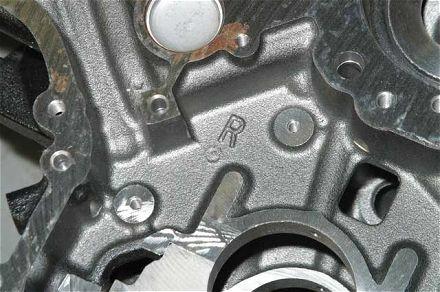 If you're building a 4.6 SOHC engine, you need to know there are two basic Windsor block castings, and four basic Romeo block castings. It's a good idea to keep Windsor heads with Windsor blocks, and Romeo heads with Romeo blocks to eliminate any confusion in your engine build. If you're going to interchange parts and castings between the two plants, you better know exactly what you're doing or expect all kinds of disappointment, wasted time, and expense.
​ 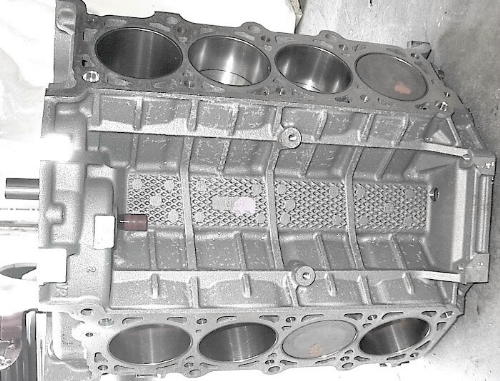 ​
If you look closely at the aluminum block above it has a diamond pattern in the casting on the top of the block. This identifies this as a Windsor Aluminum Plant (WAP) block. If the block had squares it would identify it as a Teksid block.​
In the casting numbers below; V = Lincoln & 5 = Romeo truck block in 1997 F-150
​

I don't know if I'm allowed to post in here as I saw it was locked awhile ago lol but AWESOME write up for mod motor noobs Chris!

Its all good. Ill leave it open for a couple days just to see if someone has something to add.

Good read for all the new come'rs!!

I will add
The first '91 4.6l blocks had an old windsor 5.0l bellhousing pattern and can be found in the lincoln towncars.
Also the npi heads for the first couple of years have combustion chambers unlike any 2v modular heads. I also know the intake port lead is completely different also.
T 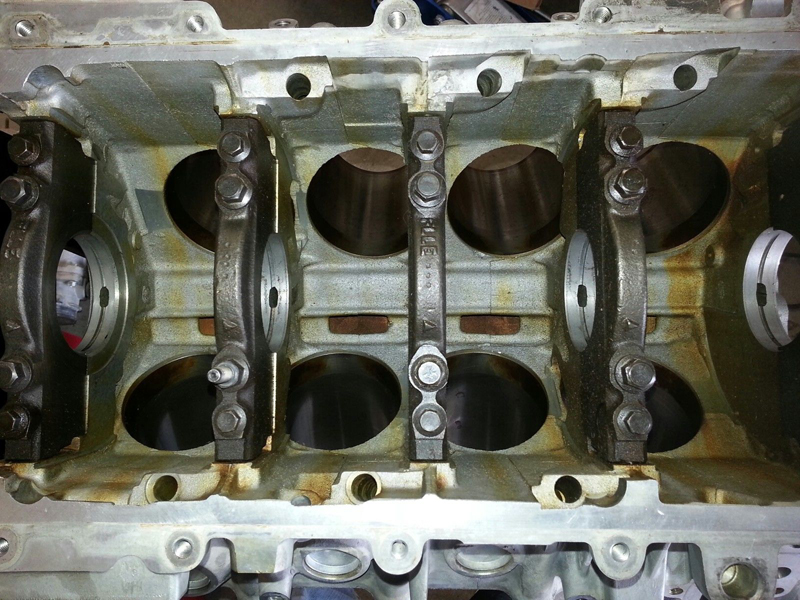 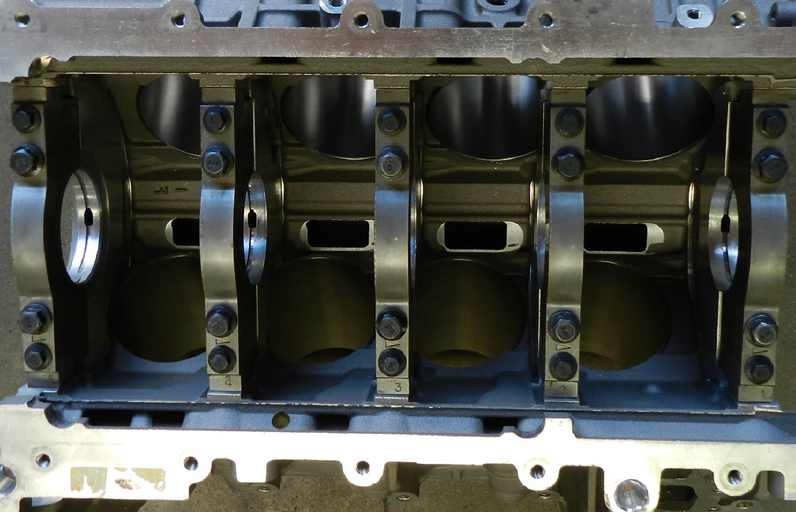 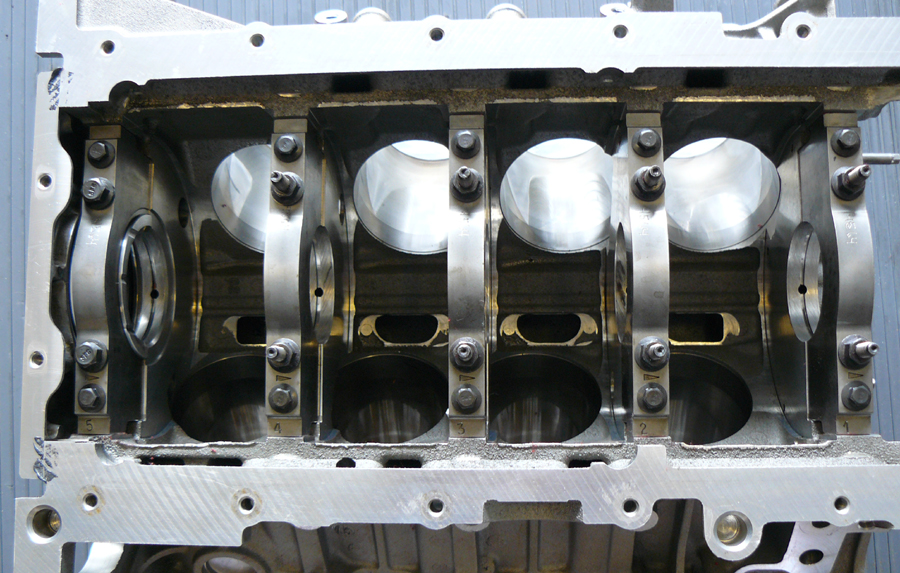 The following photos empasize the difference between Aluminator block on the left (which is the strongest 4.6 aluminum block manufactured By Ford) and WAP block on the right 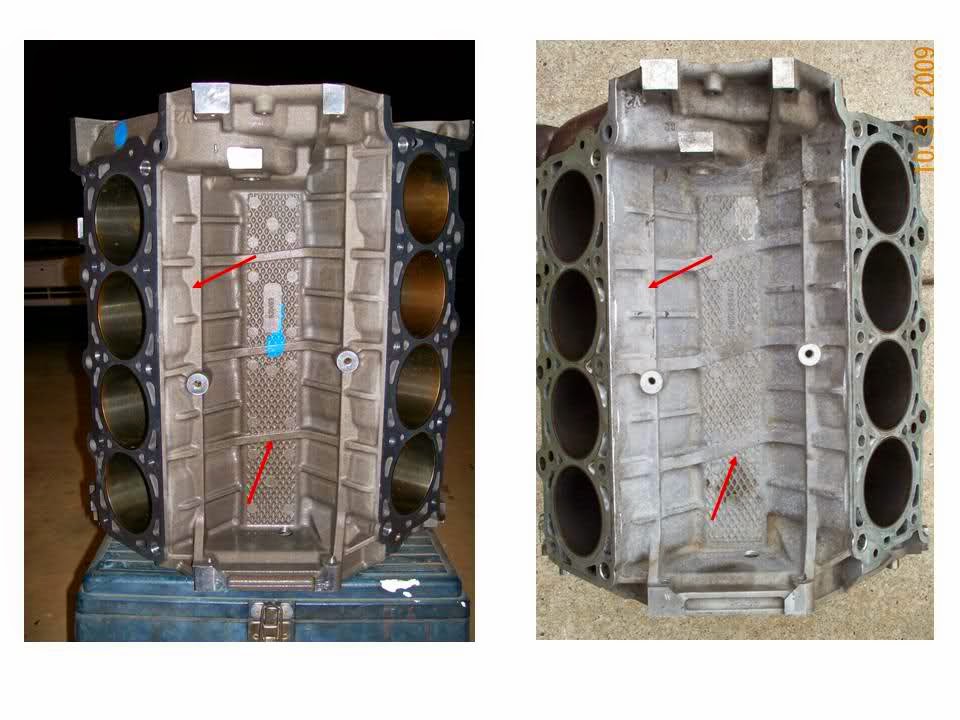 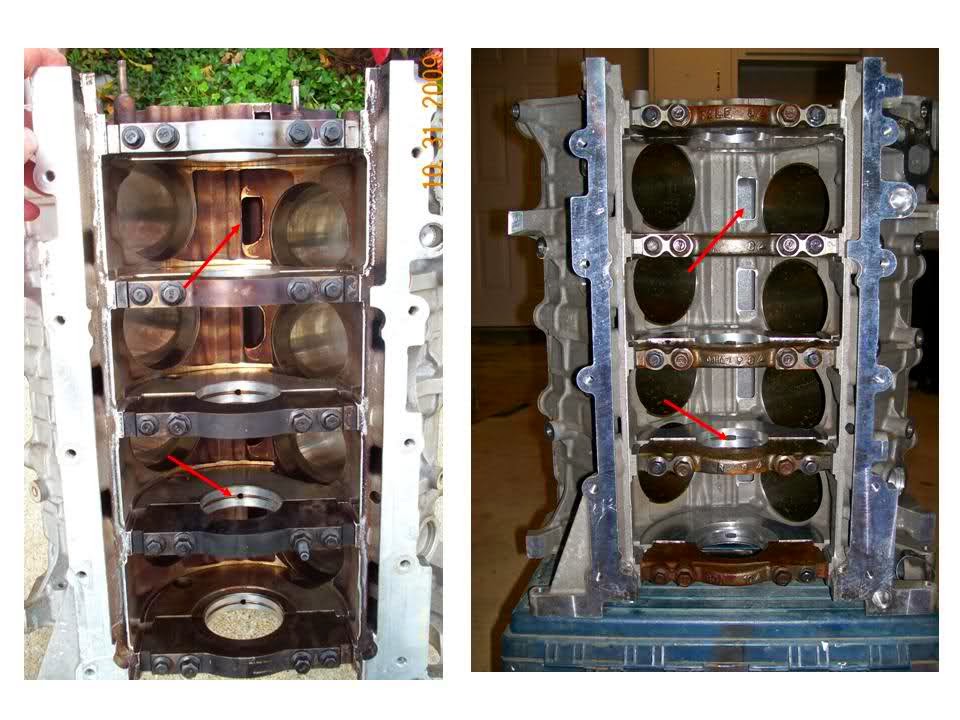 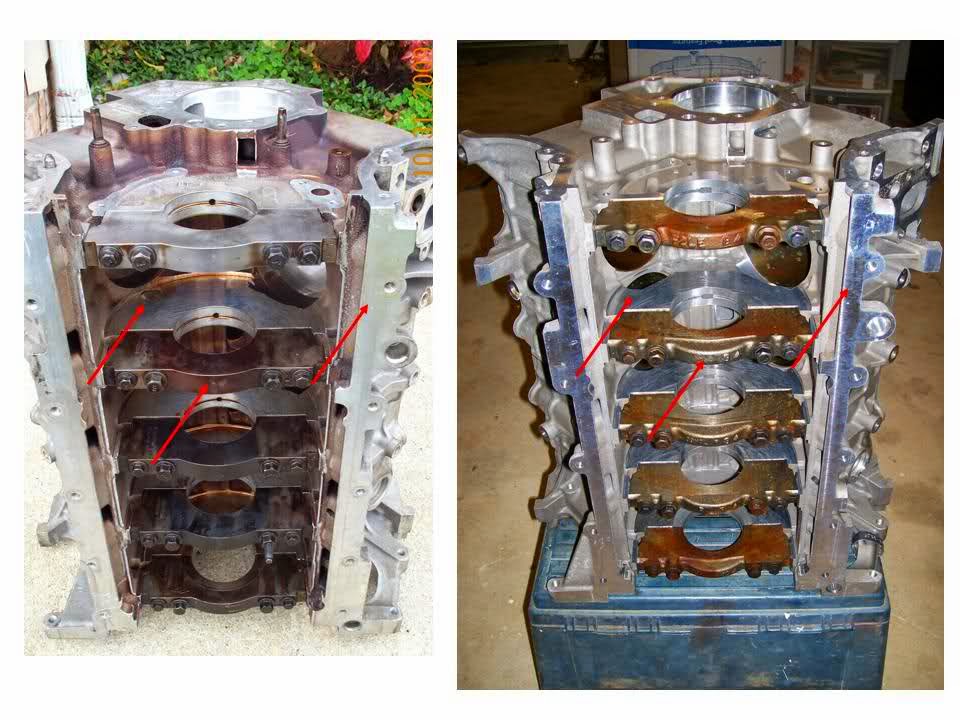 Finally, I believe this would be an interesting reading regarding engine blocks and heads castings
http://www.terminator-cobra.com/castings.htm

If I can add, the earlier teskid blocks have a few revision changes to the main bearings. Be sure to note what year the block is and what its from or youll be searching the parts house modular bearings shelf, figuring out what bearings to use.
N

Great info. for a new to 2v Mods.
You must log in or register to reply here.

Ok this may sound stupid, but I was wondering...
2