ok, so I'm just brushing up on the whole parts compatibility aspect of my '94 GT, and these questions have sprung to mind - my apologies if they sound ridiculous - to my knowledge there's less than 10 of them in the country. And most parts will have to be shipped to me from the USA.

1. Inlet manifolds - can all the aftermarket ones bolt up to the stock heads? or are some cobra-specific, etc?

2. Injectors - what impedance are the stockers?

3. Pistons/Valves - are the 302's interferance motors, ie if the cam chain failed - would the pistons hit the open valves?

4. ECU - anyone got a pic of one so I can figure out what type of eprom I'll need to use?

5. Exhaust - does anyone make a decent single pipe exhaust system for the 302 with matching length headers?

6. ABS system - is it completely seperate from the main ecu?

9. Inlet manifold - how wide is the opening where the TB bolts up?

That's the easy questions anyway, I'll have more once I bribe the engineer at work to mill up a trigger wheel for me.

1. yes
2.high
3.yes but not always
4.sorry no
5.why single exshaust
6.yes...the abs computer is under the radio on the floor
7.personal prefrence
8.any
9.most aftermarket maifolds are 70-75mm...i think stock is 65 but not shure
X

Also as general knowledge, when you go to order parts, call the company you're ordering from. MOST of the time they can help you match fitment and eliminate any concerns about buying a part that won't fit/work properly.
OP
OP
M

Whilst I'm aware they're high impedance, I was hoping someone would have chucked a multimeter across one to find out exactly how much.

We'll be going single-pipe for obvious performance reasons, we have no fascination with the sound the car makes, although if you've heard a TVR Tuscan on full song before, you'd soon forget about dual pipes.

As much as I prefer talking to dealers in person, or on the phone, living on the other side of the world makes it quite impratical, being a nightshift worker it makes it near impossible actually.

Friction - there is double the surface area for the gasses to contact.
Weight - Nuff said

Flow - based on Bernoulli's principals of fluid acceleration relative to volume.

Just wait till you see what I'll be doing to the inlet manifold with the help of a friend and his tig welder... Even handier that he used to manage a V8 Supercar team.

it would have to be a big ass pipe....kinda hard to hide....ill stick to duels
OP
OP
M

wayne94mustang said:
it would have to be a big ass pipe....kinda hard to hide....ill stick to duels
Click to expand...

Not really, its just 3" mandrel bent mild steel for the most part, the big bit is the 6-8" collector after the extractors, which may be where a single system may come unstuck on the SN95, since there's not that much room to work with.

It will depend on what rpm's the engine is doing at the time, but essentially, yes. The maths behind it: (I'll work in area, so as to not bring the confusion of volume into the equation)

So it's a trade-off, 38% more volume, at the expense of 66% more friction(and physical weight assuming wall thickness is identical) which brings Bernoulli's principal into play with a short version of the magnus effect sans gravity, which I won't start on since then more factors are required for that calculation.
Q

I'm no math guru but I have to wonder, what percentage of the total exhaust gas flowing through the pipe actually touches the circumference of the pipe to begin with? Is that percentage really enough to slow down flow and lessen power?

Would the gain by going to the single pipe be far overshadowed by the losses seen as soon as the exhaust hits the header a few feet before it reaches the "optimum 6" collector"? I would think that's the real cork in this if I'm following the friction thought process right...

How about not using a header at all and just putting a velocity stack on each exhaust port that dumps into a common plenum then plumb the 2 plenums (one for the left side and one for the right side) to one big pipe.

You really have piqued my curiosity here because if there is actually anything to gain from lessening the friction, I gotta believe that Pro Stock engine builders or the OEM's would have found this a long time ago.... After all, those guys spend millions of dollars combined to find really small gains in efficiency and power production...

Sum it up for us in a nutshell here: How much more power is this single pipe set up going to net you on your combo (which by the way, we don't even know what it is going to be) versus standard duals?

Don't get me wrong, perhaps you're on to something (that the aftermarket would be interested in adopting). Enthusiasts have no problem cutting up hoods for blowers and fenders for slicks. Why not the cut the floor for a collector if you can get a gain that makes it worth doing? I know drag racers that would have no issues at all cutting a hole to make it fit.

Do you have the ability to model the flow and tell us the results? I'd love to see if the common exhaust/velocity stack/ plenum deal would make more power than a common header when dumped into a big ol' sewer pipe....
OP
OP
M

It's going to be a trial and error process with the exhaust, had a few catalogs sent out here (Jegs & Summit) to give a idea of if we can use any off-the-shelf parts to start the design, this is kinda what we'll be doing, but underneath the car.

The point of the exercise isin't to make more power as such, but to expand the spread of the peak torque much more than the narrow band that the factory setup has.

Not a question, just a shout out 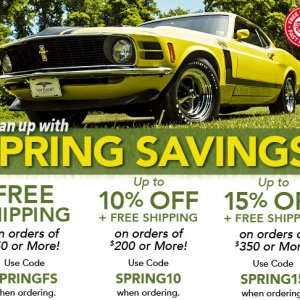