Alright, if been looking which direction i should go with my buildup and I'm going bugget oriented. GT40 heads i have seen come in different variations. Ive seen gt40 x y and p I think? I also know some came on the 5.0 explorers, which ones. What heads will the kenne bell accept, and can u bolt the KB for the 302 on the 351 with the lower intake manifold conversion. Also, i may get my hands on an early 70's 351w block with 200,000 miles on it. Is this block maybe seasoned a Little to much :noes: ? What do u all think.

Last question i promise... for awhile....

I'm going to wyotech and taking performance engine buildup and hand porting. How well do u think u could get the gt-40 whatever heads flowing with a good 3-5 angle valve job and port matching it all. Maybe as good as the AFR or edelbrock equivalent?
M

both the gt-40 and gt-40p heads came factory in the ford explorer. the "P" heads have more torque than the reg. gt-40 heads, and most guys choose to run longtubes with the 'p" heads. As far as the gt-40 X heads, those are an alluminum version of the gt-40 heads. and i'm not tooo familiar with the "y" heads.... but as far as porting them, it will help, but they dont have nearly the intake and exhaust valve capacity that the AFRs would have. with AFRs starting at like $1,200, and GT-40s new going for like $500, it would be expected that the AFRs would flow better.
S

where are you seeing gt-40 heads new goin for 500 bucks??? lol ill grab a pair only if their aluminum

SvtBlack95 said:
where are you seeing gt-40 heads new goin for 500 bucks??? lol ill grab a pair only if their aluminum
Click to expand...

the p heads were cheap last time I looked at them, probally still are
G

MAC makes a header specificaly designed for the P heads.
And you can get gt40P heads for under 500, i got mine with larger valves and .600 springs for 500, and they were brandnew, also have a 5 angle valve job.
I think that gt40x heads are aluminum, but prolly not even close to 500 $$.
You must log in or register to reply here.

Yesterday at 5:47 PM
All Da Beanz Racing
A

Trick Flow Heads and Intake. Worth the Cost?
2 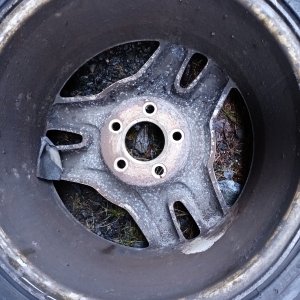 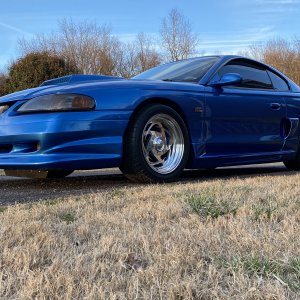