For Sale The BADDEST Hunting Knife you will ever need!!

This is a Puma White Hunter Knife. One of if not the baddest hunting knife made. Great to take hunting or to just keep around as a collector. Lifetime warranty on everything. Knife and Sheath are in GREAT condition. A few MINOR scratches in the blade but they could easily be polished out by someone that knows what they are doing. According to the Puma Knife Man (http://www.pumaknifeman.com/), this knife was made between 1959-1961. There is no way to track exactly what year because they didn't start stamping them until 1961. My grandfather told me he picked it up while in the Vietnam War in the 50's so it had to of been 59. These knives sell NEW for $469.99. I have seen a couple later 60's SELL on eBay for $450-475. Being this is one of the first ones made I am selling this for $550 or will take a trade on a trans rebuild for my T45.Someone could make a killing off the Trans work. It may only need $200 in parts to fix. Comes with a near mint Sheath, no box though. Can provide big detailed pictures to those seriously interested.

The PUMAÂ® White Hunter knife is handmade in Solingen, Germany, and has long set the standard for the ultimate hunting knife.The PUMA White Hunterâ€™s featured stag handles â€“ which are made from the shed antlers of Wild Stag â€“ are formed via a meticulous manufacturing process and make the knife a truly unique, one-of-a-kind tool. First, each scale is boiled, stabilized, and dried over a period of weeks. Then, the handle is individually cut and hand fitted to your knife. Brass rivets are used to attach the scales to the knife. The rivet heads are filed and, finally, the handle is burnished to a precise size and shape for optimal fit and function.

The PUMA blade is German-grade 1.4116 stainless steel for sharpness retention, toughness, and corrosion resistance. During formation of the initial steel bars, trace elements such as carbon, chromium and silicon are added to maintain the temper yet inhibit rust. Other trace elements, such as manganese, phosphorus, sulfur, and molybdenum, are also added to give the blade better structural strength and consistency by aligning the molecules more evenly during cooling. After the initial steel bars are formed, the blade is hot-drop forged, wherein the steel bars are heated to 3150-4200 degrees Fahrenheit. Once heated, the blade is placed between two dies and mechanically forged under 2200 pounds of pressure to fit the shape of the dies. The hot drop forging process not only shapes the blade, but it also further improves the molecular structure of the steel. Once the PUMA blade is forged, it is tempered and hand finished in 22 separate steps by skilled craftsmen. Each step uses increasingly fine lubricants, oil coolants, and special polishing grease. 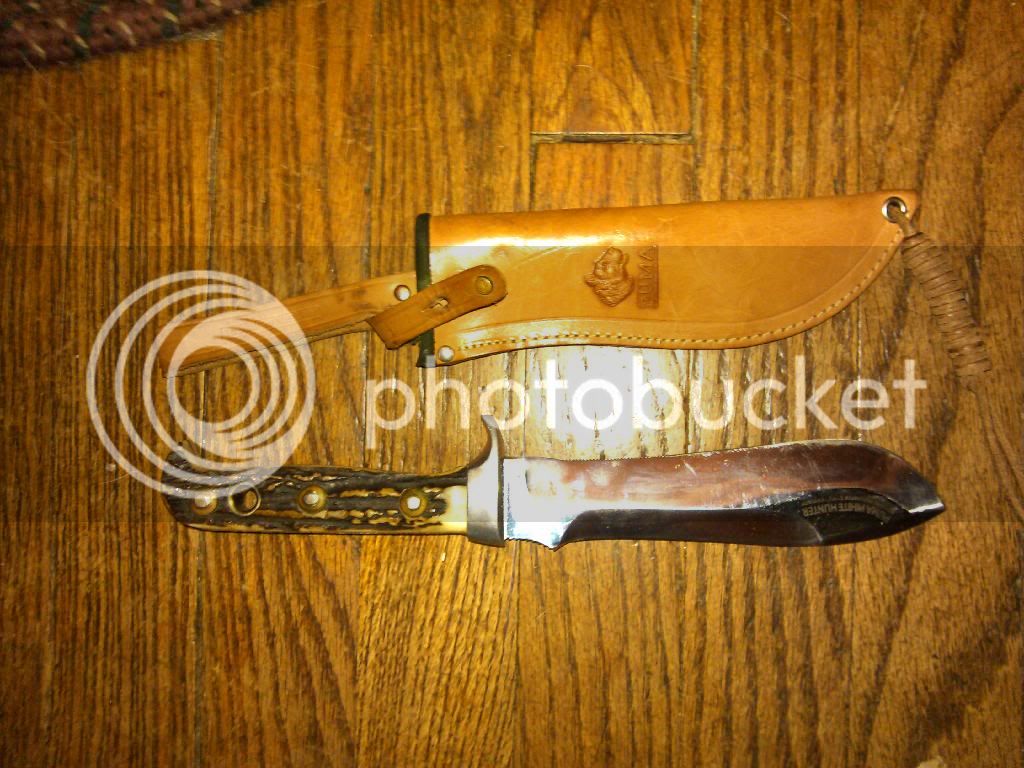 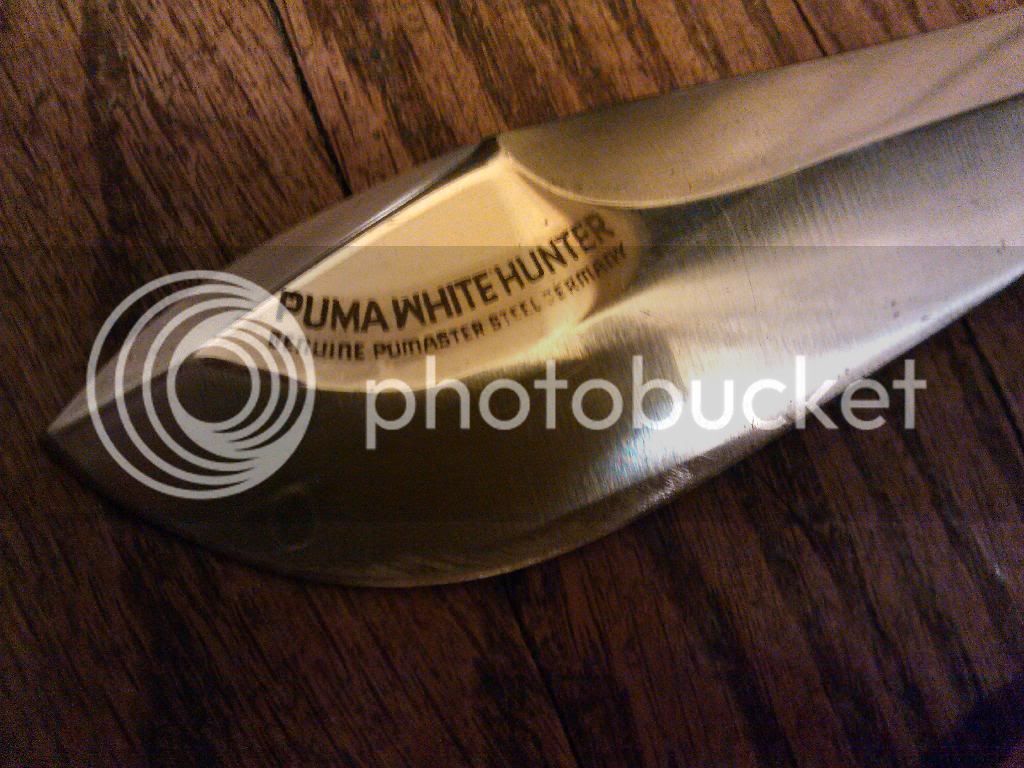 This would be a GREAT gift for your father or grandfather!! I'll drop the price to $500 even.

[video=youtube;WWl8EbNN8NM]http://www.youtube.com/watch?v=WWl8EbNN8NM[/video]
You must log in or register to reply here.

how much will it cost?