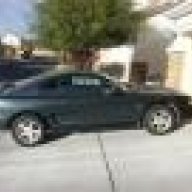 Is it possible or recommended to swap my 3.8 for the windstar 3.8... I want the split port option to eventually be able to attach a super charger.. I have a 5 speed transmission too so will a windstar bolt up or is it a hassle and not enough power??? Help please... We've been over super coupes and Lincoln now this lol... I read that putting in a 99+ engine in my car comes with difficulty because of pcm and fuel issues... I just want split port good compression and an easy swap

[MENTION=10997]g36 monkey[/MENTION] would be the guy for this if I remember correctly.

I believe the windstar motor is actually set up a bit differently, but it's been a while since I was looking at one. You're better off grabbing a 4.2 from an f-150 IMO. However, I would really try to just hunt down a 99/00 Mustang in the junk yard to snag their upper and lower manifolds (unless you want the windstar upper, but you will need to do some fabrication since VAP no longer makes the kits) then throw that on the 4.2 motor. The mustangs lower manifold has the heater hose ports on the front and rear (one entry one exit) the f-150 has them both up front, which makes for quite a bit of clutter when trying to route hoses.

If you do come across a Windstar, steal the intake and if you're lucky the aluminum driveshaft.

If you do come across a Windstar, steal the intake and if you're lucky the aluminum driveshaft.
Click to expand...

Damnit! You're correct! I just know I'm looking for a van for the driveshaft haha

I am still just not sure that the aerostar DS swap might not be a bad idea. Sure the van has the weight so hopefully it is strong but there is no way those were designed/balanced to spin as fast as they might see on our cars.

Ha, I'm not really sure what to weigh in there. I'll probably be buying new on the race car, so I don't have to worry 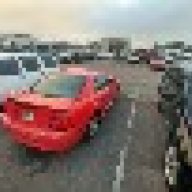 Windstar block cant be used in mustang. Heads and intake can though.

i want to keep it a v6 so will I be able to drop in a 99 v6 engine in my 98 without changing the wiring harness and pcm ?

Hmm, I believe some things changed but I would be lying if I said I knew for sure. The pcm would be tuneable but I think some of the wires and plugs for sensors don't match up
S

I am in the middle of putting a 2000 engine in my 1998 v6 right now. as far as i can tell the wiring will not be a problem. i am also doing the windstar intake swap with it which you just have to legthen a few wires but nothing extra and nothing too hard. If you put the newer mustang engine in then you need to mock up a new fuel rail by splicing the old return line into the new rails. still super easy.
You must log in or register to reply here. 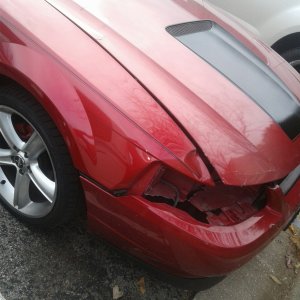 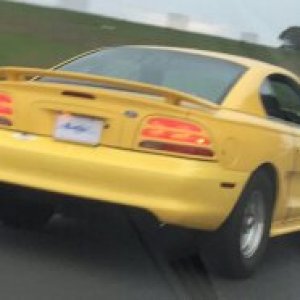