Before asking questions about which part you should get do yourself and us a favor and decide exactly how you're going to want to use the car. Also, don't forget to tell us what mods you've done to your suspension already, if you're using non-stock rims, axles, etc... and what kind of money you're prepared to spend.

In large part, there are a few basic stages of spring and shock (struts will be called shocks too right now) which correlate to performance potential as well as ride quality. When you up the handling potential you usually decrease ride quality to a similar degree. Some of the more expensive setups get largely around that but nobody escapes it entirely.

Stage 1: Often called "sport" when referring to springs and almost never properly described when talking shocks. This is what you'd use if you're a street driver, sensitive to ride quality, live in areas with really nasty roads or just don't need to bump it up to the next level. Be honest with yourself if this is the level you NEED. Wanting higher rated parts doesn't make them right for your car and is almost always a bad idea. Common front spring rates in this class for standard lowering springs are 450-550 lb/in.

Stage 2: Often called super sport or something close to it. Spring rates in this class are much higher than in stage 1 and shocks need to be a little hotter valved to dampen these properly. This kind of suspension will ride notably rougher than stock and will not be super pleasant over rough roads. It will offer you the capacity to make faster corners on a SMOOTH track than stage 1 but isn't really appropriate for about half the people that use such a setup. If you are a super aggressive driver, this may be the ticket for you but you'll have to come to grips with the ride. Common front spring rates in this class for standard lowering springs are 550-675 lb/in.

Stage 3: This is race level. Race parts are no good on the street for the most part. Race tracks don't have potholes and so they're great places to drive really stiffly suspended stangs but the street isn't usually as good an idea. If you have a race suspension in place then you need really stoutly valved shocks and must live somewhere with reasonably smooth roads or like being beaten around the inside of your car. Don't use race parts unless you know you need them. Common front spring rates in this class for standard lowering springs are 650-850+ lb/in.

Rear spring rates vary depending on lots of other things. Generally whatever set of springs you buy has correct rear rate springs to go with the fronts, sometimes you'll need to spec out 2 different parts, front and back, to balance it properly.

For shocks, you can use this as a rough guide to what's what:

There are others in each category and some of those above belong in more than one category but that's the system I use and it's generally correct.

Above all else, if you don't know then call Maximum Motorsports and ask. Those guys are always ready to tell you what parts will work best for you and they'll build you a shopping list that's going to work for you.

Now you just have to learn to be honest with yourself about how and where you drive.

Shock choice and why it's important.

Shocks and struts are not there to absorb impacts so much as they are there to dampen the spring response. If you've ever seen a car go over a bump and then bounce on the suspension several times you've seen what happens when a shock is not there (or really well worn out/blown). Shocks and struts dampen in 2 directions and they're valved to absorb a specific range of forces.

Stock dampers (what shocks are actually referred to as in technical terms) are not bad but they're made to handle the stock spring rates with unwavering reliability. They're not a performance damper by most measures. They're also designed (in SN95 cars) for a car that sits pretty high and has a long wheel travel for a sports coupe. That makes them less than perfect for using when you lower the car. You end up with the struts and shocks at the bottom half of their travel range and it wears on them. The increased spring rates associated with lowering also do their best to shred the innards of your dampers and soon they're just flat toasted.

Since shocks dampen spring response in two directions attention must be payed to proper selection or you'll get things like the bumpy road jitterbug where the car will dance over rough roads because the wheel is over or under dampened. You can also make the suspension less effective by over damping the spring which makes your whole car lift when you hit a bump instead of the suspension absorbing the hit and passing minimal signal back to the passengers. Both of these occurrances reduce traction and in the worst case can lead to you wrecking your ride because you didn't have the traction you thought you did when you needed it most.

When choosing a strut and shock package, don't go and buy the neatest name brand D-spec super heavy duty just because it's the hottest, get what you actually need based on your spring rates. You'll have a better handling car for your trouble.

For most cars with sport to super-sport level springs, the more popular dampers out right now will do just fine: A set of 03 cobra spec Bilstein struts is perfect for just about any street oriented spring (up to about 650lb/in) but the rear shocks are best left on an IRS. Tokico Illumina's in the rear are also a good unit for just about any street application on a solid axle. If you're a racer then you'll need to get more heavily into the research and ask people that know about race grade parts.

Also, a little tidbit. For you SN95 guys (94-04), when you lower your car, getting fox body struts will give you back about 1/2" of bump travel that you lose with the SN95 spec struts and will keep you off the bumpstops a little better. Bottoming a strut sucks (hurts da' butt). This is a standard practice at most hardcore suspension houses including MM.

Get the damper you need and you'll outhandle cars with much more expensive and less well chosen components.

Most street stangs will have trouble finding a really nice driving and tire friendly alignment with the stock plates in place primarily because they weren't intended for a car that sits that low and they're not adjustable. For the 200 bucks it'll cost you to get a set of Maximum Motorsports CC plates you'll really appreciate the savings in tire cost and the ease of adjusting the settings later on (like setting 0 camber for a trip to the drag strip for less rolling friction).

I don't advocate ever lowering an SN95 mustang without CC plates and I usually don't advocate it on Foxbody cars. It's just too cheap to really do a top shelf job to blow it off on being cheap. If you have to wait 2 months to lower your car, cool. It's worth it to do it right.

It's not to say that some cars will get a tire friendly and straight tracking alignment without plates... some do, just not enough to make it better to go without.

Lowering done right is a beautiful thing. Done wrong or just half-assed it's anywhere from annoying and expensive to flat out dangerous.

The only CC plate I'd recommend for 94-04 is Maximum Motorsports. That's the only plate that I've seen be reliable enough and strong enough. Plus, when you tire of just lowered and want even more handling potential, you can go to a coil over conversion and the MM plates are the only plates you should use with a coil over kit period.
G

r3dn3ck know's his stuff.
I got advice from him on Corral when I was doing my suspension.

Sticky it is - this is good info to know.
G


Dalamar said:
r3dn3ck know's his stuff.
I got advice from him on Corral when I was doing my suspension.

Sticky it is - this is good info to know.
Click to expand...

Though we're doing drag suspension setups.. unless i mis-read and i'm mistaken?

Okay, for drag setup this is what i would recommend

For all out drag/everyday driver

Also 31spline axles are a must for hardcore launching


You do not need upper control arms or quad shocks (if im not mistaken those are what the small shocks are called) when having a torque arm... i learned the hard way so dont bother spending money on either

I also didnt mention the Panhard bar because i haven't tried it out, if im missing anything.. someone let me know, hope this is helpful to some of the guys O0
B

But can't somebody post witch settings the shocks you are running is set at?

here's my contribution to "The Suspension Thread".

this guy pretty much covers everything you "need" to know about Mustang suspensions in this write up:
http://www.miracerros.com/mustang/t_suspension.htm
C

Alright, I've kind of delved into the realms of suspension lately, and this is what I have to add.

They do the exact same thing, and unless you have super human sensations that can tell you when your axle is off centered by a quarter of an inch, you will never feel adverse effects from a Panhard Bar. A lot of people want Watts Links because they are more expensive and they are "better." Sure, if you have a race car, and it is stripped down to the point where you can literally feel the weight of a dictionary in your car, then it will be noticeable that the Watts weighs maybe ten lbs more than a Panhard Bar.

This stops axle twist under acceleration. These give more "bite" and allow you to get onto the gas sooner and harder coming out of a turn. Some companies claim that torque arms produce wheel hop when getting hard on the brakes and come up with other 3rd Link solutions. Those are not made for high horsepower cars and can cause tearing of the underbody if not reinforced correctly. For the average driver the Standard duty MM Torque Arm is the best choice for going to a 3-Link set-up.

Once you install both then both the quad shocks, and the upper control arms should be removed to reduce suspension bind.

It seems like a few people are fairly confused about what these things do, and I would suggest that anyone who is interested should do more research on these two components. That link to miracerros' page is a great place to learn. 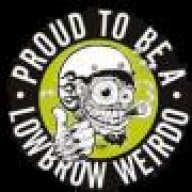 Anyone know what springs the Saleens used on the 94-95 saleen cars? I really like the look.
You must log in or register to reply here.